Lucknow: Uttar Pradesh cabinet minister and state government spokesperson Siddharth Nath Singh took a jibe at the Congress and said that the country’s biggest farmer is Robert Vadra. Naturally his wife Priyanka Gandhi Vadra is the biggest benefactor of the farmers. At present, she is shedding crocodile tears on the concern of the farmers of UP.

Siddharth Nath Singh said that in one of her tweets, Priyanka has said a completely new and unique thing. According to him, farmers are the soul of this country. With this new information, she has also asked many questions to the UP government. This is their right in a democracy and mine too. Singh said – My question is, what did the Gandhi family do for the farmers, with the name of the Father of the Nation, Mahatma Gandhi, with which the Gandhi family has wielded power for years at the Center and in the states? How many opportunities were given to them?

Gandhiji had said that the king here is a farmer. If he doesn’t produce, what shall we eat? He is the real king. If I go, our governor general and big wazir will be a farmer.

The minister said that Priyanka should tell what the Congress did about Gandhiji’s dreams while in power. Who sat for years on the Swaminathan Committee report regarding the Minimum Support Price (MSP) of crops? For what reasons all the irrigation projects like Saryu canal remained incomplete for decades. You talk about crop compensation. For the first time, the Yogi government gave economic and social security to even the sharecroppers under the purview of insurance. You will never see the number of cow shelters built. If you see, you will not even see the record purchase and payment data of food grains and sugarcane on MSP.

Singh said that it has been the habit of Congress to tell lies. In such a situation, there is no hope of truth from Priyanka. But the public knows the truth. She also knows how committed the Modi government of the Center and the Yogi government of the state are towards the interests of the farmers. If we have shown commitment, we will tell that too. It is to be known that in a tweet today, Congress National General Secretary Priyanka Vadra had asked some questions to the state government, describing farmers as the soul of the country. According to the state government spokesperson Siddharth Nath Singh, in response to those questions, the said things were said.

The UP cabinet minister has claimed that the efforts made by Chief Minister Yogi Adityanath to make farmers financially prosperous and powerful have hardly been done in any government before. Through various schemes, CM Yogi has given more amount to the farmers than the annual budget of the state in the tenure of just four and a half years.

He said that it is also a history that since independence till 2017, no government has given even half of the annual budget of the state to the farmers. A record Rs.6 lakh 80 thousand 708 crore has been paid to the farmers by the state government. If the steps taken by the government in the interest of farmers and the amount given in other items are added, then this amount can reach 10 lakh crores. 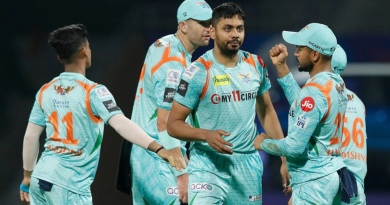