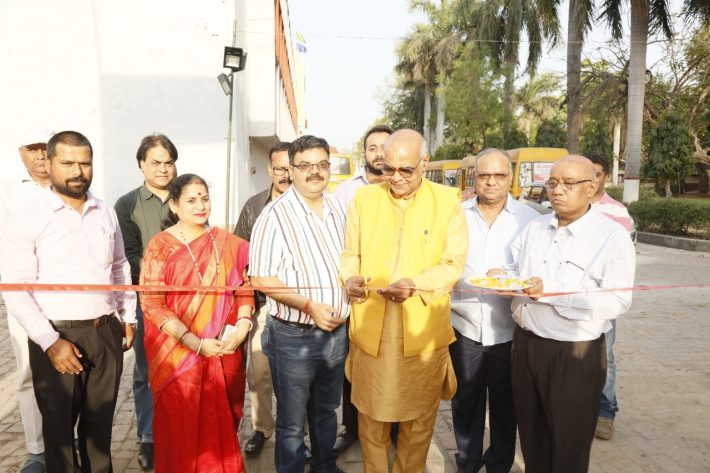 Lucknow: The books started speaking to the reader as soon as they came in their hands. Somewhere the words started drawing like a picture in the mind and somewhere a real scene. Coming to the book fair, a similar feeling happened to the book lovers at the Lucknow Book Fair at Bal Sangrahalaya, Charbagh. The Lucknow Book Fair, based on the theme ‘Ek Bharat, Shrestha Bharat’, will continue till April 3. With the beginning of the fair, the period of literary-cultural events also started here.

Inaugurating the fair by lighting the lamp along with cutting the lace, senior advocate Ramjidas while stating the importance of books said that the knowledge saved in books is considered to be the most authentic. Books pave the way for a person. Giving examples of the theme of the fair and the statements of Chanakya, Vice President of the Uttar Pradesh Olympic Association, TP Hawelia said that works filled with the spirit of public welfare like interlinking of rivers are being done in the present government.

Earlier, welcoming the guests at the inaugural function run by Jyoti Kiran Ratan, convener Manoj Singh Chandel introduced book lovers to the book fair’s events and the changing dimensions and themes of the book fair running since 2003 and said that for the first time even Kolkata library attending the fair.

Director Akarsh Chandel while expressing his gratitude said that this 10-day fair will run from 11 am to 9 pm every day till April 3. Following Covid-19, free entry will be available in the fair. Also, there will be a minimum 10% discount on every book. A separate free stall has been set up for the published books of local authors.