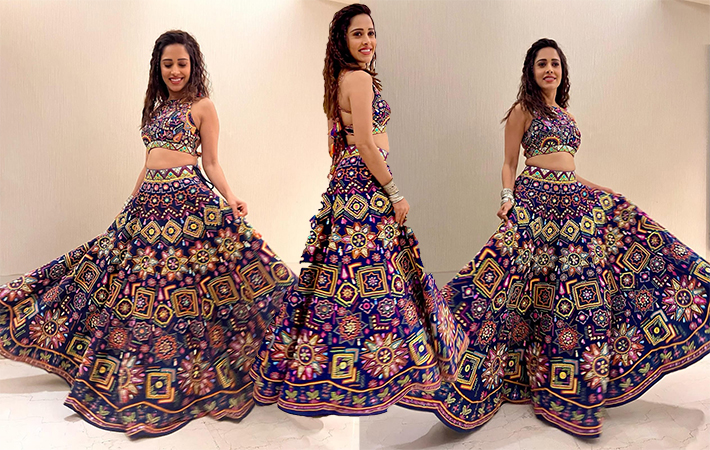 Mumbai: Bollywood actress Nushrratt Bharuccha has over and over again left us speechless with her sizzling looks and on-point dressing sense. No matter what she wears, the actress is always ready to stun.

Recently, the actress took to her social media to share the pictures of her latest outfit from the promotions of Janhit Mein Jaari. The actress was seen wearing a beautifully detailed purple Lehenga and Choli. She opted for open hair and oxidized jewelry.

Nushrratt Bharuccha who made her debut with Luv Ranjan’s Pyar Ka Punchnama in 2011 recently completed 11 years in the industry. Despite having no filmy background, Nushrratt has managed to establish herself as one of the A-league actresses in the industry, and given numerous praiseworthy performances.

Meanwhile, the actress is all set to give another hit with her upcoming film ‘Janhit Mein Jaarii’. She will be also seen in Selfiee, Ram Setu, and Bellamkonda Sreenivas’ next.