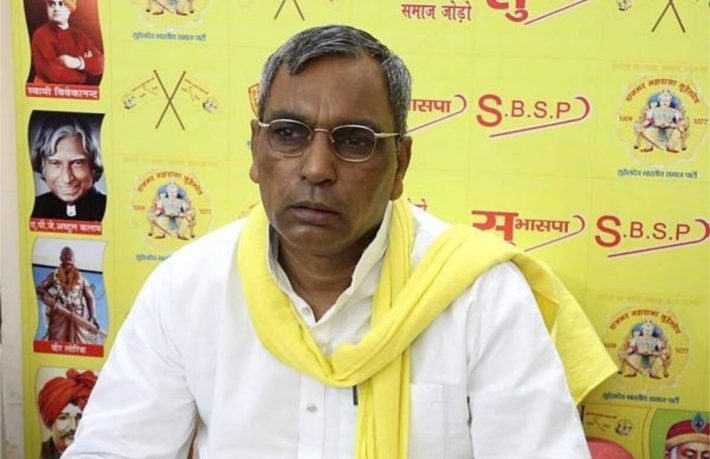 Lucknow: Om Prakash Rajbhar, the chief of Suheldev Bharatiya Samaj Party (Subhasp) and Samajwadi Party alliance, has raised questions about the loudspeaker controversy that DJs and loudspeakers should also be banned in rallies.

He said that the government is doing this to divert attention from inflation and unemployment. Rajbhar also raised questions on the Kanwar Yatra regarding the ban on offering Namaz on the road.

Rajbhar said, the Constitution gives freedom of worship to everyone in their own way. The government is adopting these tactics to divert attention from inflation and unemployment. On one hand, loudspeakers are being removed from the mosque, but why are they not banning DJs in weddings.

Rajbhar said, “The government is saying that you cannot offer Namaz on the road, there is a crowd in the mosque, so people come out and offer Namaz. Isn’t it coming, where will he travel inside or outside? Will it be on the road? For how long do people pray? On the other hand, the road is captured in the Kanwar Yatra. People can’t walk.

Rajbhar said, “Children should be motivated to read and write. If you keep walking only with the Kanwar Yatra, you will not be able to accomplish anything. Today, only backward Dalits are Hindus, are they not Brahmins who never call themselves Hindu? Only Shudras go in Kanwar Yatra. Does the son of even a single brahmin go?