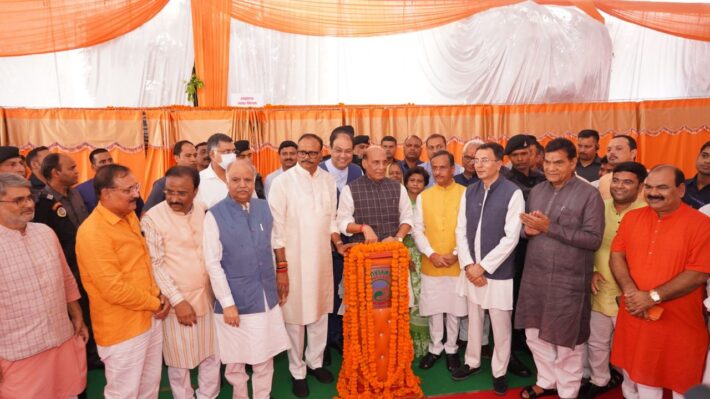 Lucknow: Union Defense Minister  Rajnath Singh laid the foundation stone and inaugurated 158 development projects worth Rs 185.497 crore at Atal Bihari Vajpayee Scientific Convention Centre, KGMU. In the program,  Urban Development and Energy Minister  AK Sharma  said that smile, you are in Lucknow. Referring to the hoardings put up at 1090 Chowk in the state capital, Urban Development and Energy Minister  AK Sharma said that now there is no doubt about smiling while staying in Lucknow city. At first there was doubt in smiling seeing the condition of the cities. One could ask how can one smile at the dirt of the streets and roads. But the cities are being rejuvenated under the able leadership of Honorable Chief Minister  Yogi Adityanath. The process of cleaning starts from 5 o’clock in the morning. The sanitation workers are engaged in changing the picture of the cities with full hard work and dedication. The confidence of the people of the state has increased. Now every street and drain of the cities remains clean. 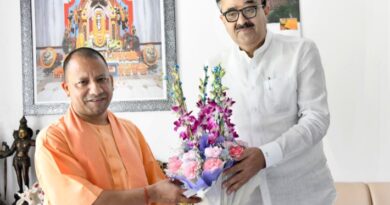 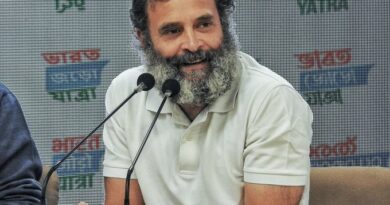