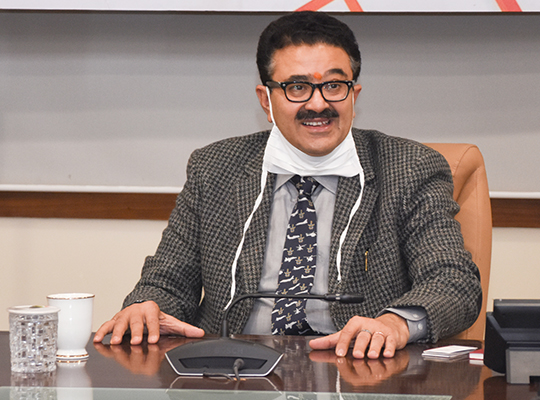 Lucknow: While the world was battling the global pandemic Covid-19, the densely populated state of the country, Uttar Pradesh, along with tackling the challenge of the epidemic, has made a quantum leap in the field of exports by giving wings to the ambitious ‘One District One Product’ ie ODOP project.

Additional Chief Secretary MSME Navneet Sehgal said that the Chief Minister’s flagship scheme ODOP, which was launched on the first foundation day of Uttar Pradesh in January 2018, has a significant export share in itself.

This is also an indication that ODOP can become the growth engine of Uttar Pradesh’s economy in the coming times. Not only this, ODOP will also play an important role in the goal of one trillion dollar economy set by Uttar Pradesh.

Sehgal said that keeping in view the possibilities of ODOP, the government has set a target of doubling its export and employment generation in the next five years.

It is worth noting that during the first term of Chief Minister Yogi Adityanath, about 25 lakh people got employment/self-employment at the local level from ODOP. Yogi Sarkar 2.0 aims to double the export as well as employment or self-employment opportunities in the next five years.