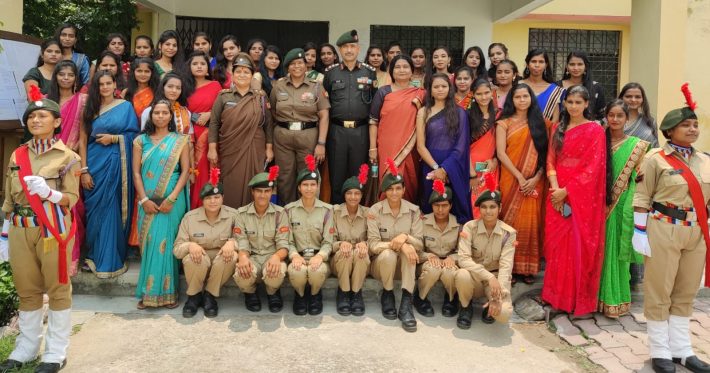 Colonel Vinod Joshi, Commanding Officer, 20 UP Girls Battalion Lucknow was present as the chief guest in the passing out ceremony. Administrative officer Major Surekha Rao was present as a special guest in this function. The ceremony started with the traditional lighting of the lamp by the chief guest Col Vinod Joshi. During the function, students of the college presented colorful cultural programs.

In her address on the occasion, Professor Shehla Nusrat Kidwai, Principal of the school said that NCC plays an important role in nation building. She motivated the girl students for NCC training.

NCC officer Dr. Preeti Chand Negi along with large number of students of college and other dignitaries were also present at the passing out ceremony.

Is it a Bird? Is it a plane? It’s Helmet Man

Dr. Anandeshwar Pandey appealed to the Union Sports Minister to help the players of SAI

SGPGI gets its own 20,000 litre oxygen plant