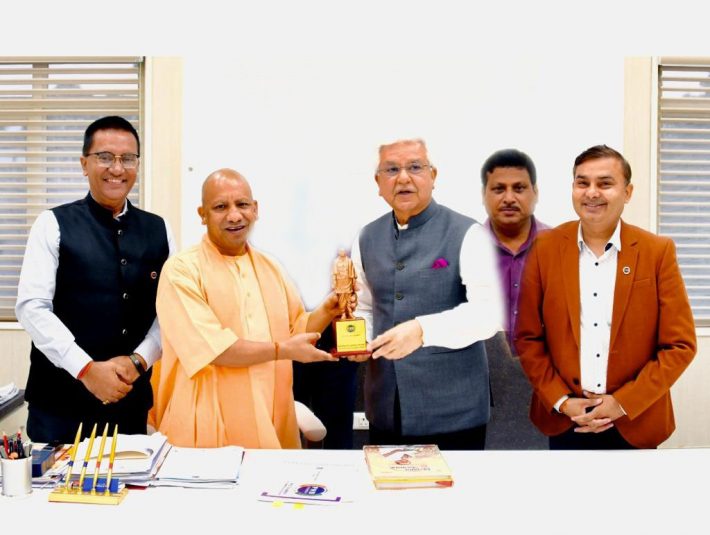 A lot of deliberations were held in the meeting-

Pradeep Multani also apprised the Chief Minister about the recent and upcoming activities of PHDCCI. The Chief Minister was very happy to know about it and appreciated the good work.  Yogi Adityanath  will be honored in the upcoming 6th International Agricultural Horticulture event to be organized by PHDCCI in November 2022.
and Food Technology, UP 2022, on which he agreed.

He expressed and assured all necessary assistance from the Govt.  Tech UP 2022 aims to incorporate the latest technologies and equipment in the field of agriculture and food processing so that the yield can be increased and the income of the farmers can be doubled.

To optimize the opportunities inherent in the agriculture, food processing, ayurveda and tourism sectors of the state, several strategies were also discussed, which the Chief Minister was very positive to support.

Multani assured that PHDCCI is dedicated towards the objective of making the state a $1 trillion economy and reply
He said he will  make every effort to convert the state into a Uttam Pradesh.

PHDCCI encourages all small and big business entities/citizens for better and more effective governance.
Awareness workshops in all 75 districts of the state for dissemination of state government schemes and policies
also proposed to organize President, PHDCCI welcomes Shri Yogi Adityanath to Industries at PHD House, Delhi

All eyes on Purvanchal as saffron sweeps U.P.