It was a proud moment for the people of Kanpur as with the advent of metro services in the city they will be relieved from the daily traffic snarls and pollution. Being an industrial city with a population of over 45 lakhs, the demographics of Kanpur have been evolving rapidly and commencement of Metro services is surely going to decongest the crowded areas. The metro will provide connectivity to residential areas and prominent institutions and will become the lifeline of the city in the long run.

It also holds the distinction of being the fastest constructed metro project. The civil construction work of this corridor was completed in less than 2 years and revenue operations were flagged off in just 2 years and 2 months. Earlier in the month of December, 2021, during the three days inspection by CMRS (Commissioner of Metro Rail Safety), thorough inspection of signalling, PA systems, CCTVs, viaduct, track and other basic facilities was conducted. The speed tests of the metro were also conducted to check the functionality and operational feasibility of the internal systems. The CMRS visit was successful and permission for revenue operations on the Priority section of Kanpur Metro was granted by him.

Addressing the gathering on this auspicious occasion, Hon’ble Prime Minister, Narendra Modi said, “The government is committed to bring the much needed change in Uttar Pradesh. It has already inaugurated many infrastructure projects in the state and the onset of metro services in Kanpur has been one of them in the league. Today Uttar Pradesh is amongst the fastest developing states in India having maximum number of operational metros. Metro is becoming the lifeline of cities in the country. In the past few years, the government has extended this network to several cities and even more cities will be connected in the time to come”.

Continuing his words, the Prime Minister said “It is one of the big achievements of our government as we have been able to deliver the projects within the stipulated time line. The government has been able to commence the commercial operations of Kanpur in just 2 Years 2 Months which is a milestone in itself”. “While I was travelling in a metro from IIT to Gita Nagar, I felt enthusiastic and elated with the growth and development of the city”. “Today, Uttar Pradesh has emerged as the economic engine of India. It is the only state in India with 5 operational metro projects”.

Concluding his words he said “The lives of people in Kanpur will surely become comfortable and they will be relived from the traffic congestion. The inauguration of 9 KM priority corridor is a small step towards making the lives of people better.”

Speaking on this occasion, Hon’ble Chief Minister, Yogi Adityanath said, “As a result of the efforts made by Hon’ble Prime Minister, Shri Narendra Modi in the last 6 years, today Metro network is expanding rapidly in Uttar Pradesh.  Presently in Uttar Pradesh, Metro is successfully operating in Noida, Greater Noida, Ghaziabad and Lucknow. The construction work of Kanpur and Agra Metro Projects inaugurated by Hon’ble Prime Minister is progressing in full swing. On behalf of the people of the state, I thank the Hon’ble Prime Minister for his immense contribution in the development and progress of Uttar Pradesh.”
Shri Hardeep Singh Puri, Union Minister of Housing and Urban Affairs said “This double engine government is fulfilling its commitment of providing a world class mode of transport to the people. We stand by our resolution of providing a comfortable and smart mode of transport to the people and Kanpur Metro in this line is just a one step – we have taken in this direction.” In the coming days Gorakhpur, Meerut, Agra, Prayagraj, and Varanasi will also witness the upsurge of similar infrastructural development. The cities will soon be blessed with a world class mobility system.”
Shri Keshav Prasad Maurya, Deputy Chief Minister of Uttar Pradesh said “The government of Uttar Pradesh is turning the dreams of the people into a reality. The commencement of Kanpur Metro will create more job and business opportunities in the city. It will definitely transform the lives of people”.
Expressing happiness over the commencement of revenue operations in Kanpur, Shri Kumar Keshav, MD, UPMRC, said, “The city’s much coveted dream has been materialised into a reality. We are thankful to the people of Kanpur who during these 26 months showed immense patience and extended cooperation in the successful commencement of revenue operations. The credit goes to the hardworking and dedicated team of UPMRC which has left no stone unturned in achieving this feat within the stipulated time frame inspite of the COVID crisis.”
He further said, “Carrying the legacy of providing world class metro services to the people, I am sure that our UPMRC team is going to achieve similar feat for the upcoming metro projects in the state. Remaining corridors of Kanpur Metro, Agra Metro and proposed Gorakhpur Metro Rail Lite are some of the projects under the auspices of UPMRC which will surely be completed as per the set timelines. It is our sheer commitment to provide the safest, most convenient and a reliable mode of public transport for the people of Kanpur while taking their travel experience to a world class level.” 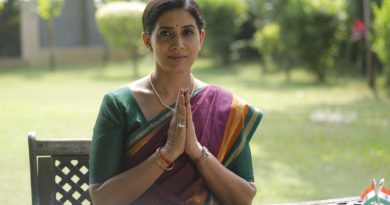 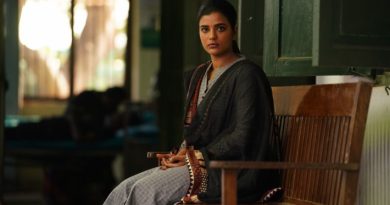