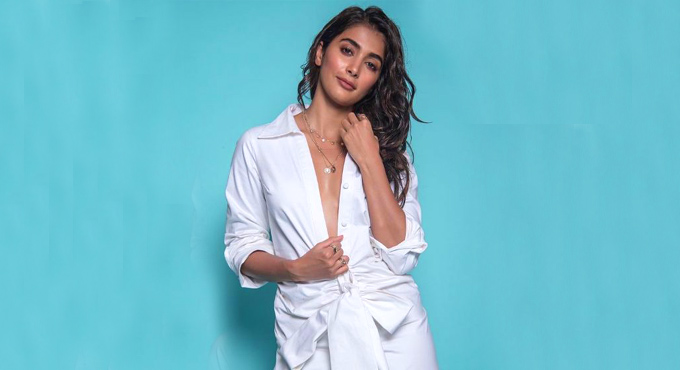 Mumbai: After three consecutive big-ticket releases, Pooja Hegde flies to the Cannes Film Festival. The Ala Vaikunthapurramuloo actor was papped at the Mumbai airport as she was on her way to catch a flight to France. She turns up the style volume in a classic black mesh, layered skirt and a white shirt with hand-beaded yoke detailing from Moonray’s Collection.

Hailed as one of the most prestigious festivals, CFF invites some of the world’s greatest actors. This year in which India has been declared the official Country of Honour, Pooja will be making her debut at the annual festival while also representing the country. She will be the first female Pan India star gracing the event.

Whether it is airport looks, red carpet or movie promotions looks, her impeccable sartorial sense has been a star attraction invariably. What she brings to the red carpet of the reputed film festival remains to be seen.

After her return from Cannes, she will resume the shoot of Salman Khan’s Kabhi Eid Kabhi Diwali. Fans are looking forward to seeing the magic that the new pair will bring to the big screen. She will also be seen starring in Cirkus alongside Ranveer Singh and Mahesh Babu’s SSMB28.

Date of online application for U.P. board extended till January 5, 2021

After the Corona period, there will be a gathering of junior girls handball players in Lucknow