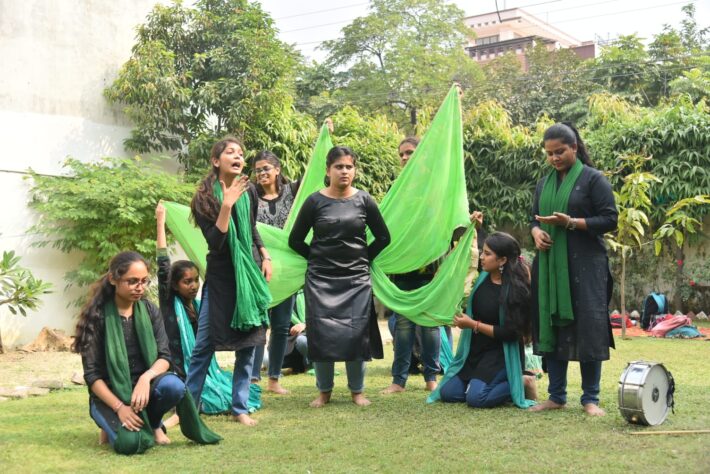 Lucknow: Paigam 22 was organized at the Lohia Park theatre. The program started with the declaration of the present state of nature followed by the welcome of Hon’ble Justice Rajeev Singh, High Court Lucknow Bench who came as the chief guest. Paigam’s partner Deeksha Mishra spoke about Paigam and Mandeep Mishra also informed about the organization. Everyone present in the program paid tribute to the people who died during the Corona period by observing a minute’s silence.

In the finals of Paigam 22, three teams presented their presentation, in which Modern Girls College tried to show the history, present and future of nature by giving an excellent presentation of street play named Prakriti Ka Badla. After which Tarazu was enacted by Lucknow Public College of Professional Studies. The dramas  showed the society a mirror. Another play was presented by the children of Isabella Thauburn Girls College  called Kya Se Kya Hogaya. All the plays were well received by the audience.

Visually impaired children Prateek Saini, Anurag Shukla, Nikhil Singh, Ashish Yadav and Mohit Balmiki presented Nukkad on ‘Say No to Plastic’ as a guest presentation in the program and made people aware not to use plastic.
Like every year in the program, this year too Smriti Shesh Kamal Mishra Samman for the excellent work done on nature was given to former PPS officer Shailendra Pratap Singh, his plan to make electricity through bullock cart named ‘Nandi Urja’ was rewarded who is working among the people of Bundelkhand for the last several years to make the land fertile. 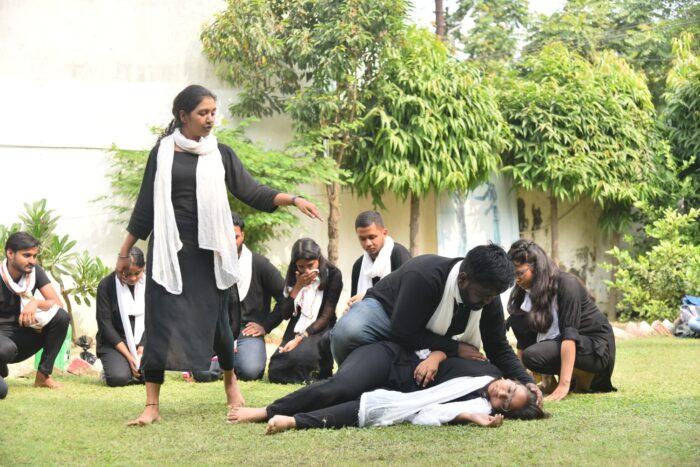 Giving information about the program, the campaign partner Desh Deepak Singh said that the only reason for taking street plays in the form of competition in the society is that there cannot be a better medium to bring awareness among the society, but in the present times Nukkad Natak has become just a medium for the promotion of some government schemes, it is an attempt to save it from extinction and to sensitize the young generation towards the society. 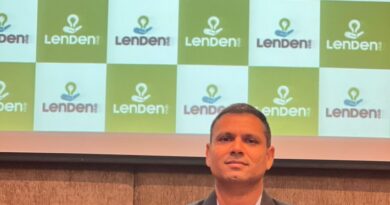 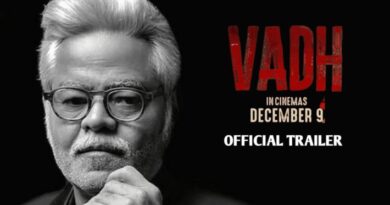 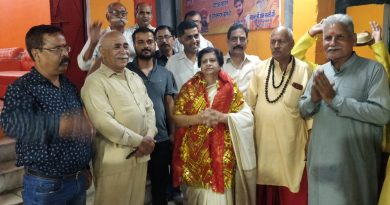