The President said that today the whole world is going through a phase of rapid change. Due to the technological revolution, the nature of jobs as well as the basic needs of the people is changing. These changes are also challenging the existing methods of engineering. In view of changes taking place due to the technological shift, it becomes very important that our technical institutions including NIT Kurukshetra become ‘future-ready’. She was happy to note that NIT Kurukshetra is moving towards introducing futuristic-courses like artificial intelligence and data science, robotics and automation and industrial internet of things. She was also happy to note that NIT Kurukshetra has established a state-of-the-art ‘Siemens Centre of Excellence’ in which special emphasis is being laid on smart manufacturing and automation designs and e-mobility. She said that it is a matter of pride that NIT Kurukshetra is the first NIT in North India and second in the country to establish such a centre. She noted that the establishment of this centre has led to increase collaboration with industry, academia and Research and Development organizations such as DRDO and BHEL.

The President said that the region of Haryana and Punjab has made a very important contribution in the development of Indian agriculture. The progressive farmers of this region have made the green revolution possible by using modern technology and provided food security to the country. But today, increasing air and land pollution and depleting ground water level in the region have emerged as a major problem. She said that it is the responsibility of NIT Kurukshetra to find technical solutions to these problems. During the pandemic, it became clear that the common citizen of India is technology friendly. If technology is for the betterment of the society, then it gets full cooperation from the public. The success of digital payment is an example of this.

The President said that technology is not only a by-product of science and engineering, but it also has a social and political context. We all have to move forward with the thought of ‘Technology for Social Justice’. We should make efforts so that the deprived class is not left behind in this. Technology should be used for building an egalitarian society.

Pointing to the trend of making salary packages as the criteria for success in education, the President said that getting more salary packages is a good thing, but it does not mean that the student who does not get a good salary package is less qualified. She advised students to never judge their success on the basis of the package. She said that they have not to be limited by traditional notions of success and societal pressures. They have to decide what they want to do in their life. She urged them to choose a career that gives them satisfaction and a sense of meaning in life. She also urged parents to motivate their children for excellence. She said that in striving for excellence, achievements will automatically come their way.

The President said that NIT Kurukshetra which was established in 1963 is one of the first NITs in India. It has played a very significant role in spreading the scientific temper in the region. Over the past six decades, it has carved a niche for itself among technical institutions of higher-learning in the country and abroad. She said that more than 40,000 alumni of this institute have contributed in nation-building and have also played an important role in enhancing the reputation of India all over the world. She noted that students of NIT Kurukshetra have made their place in all fields from Singapore to Silicon Valley, from civil society to civil services. 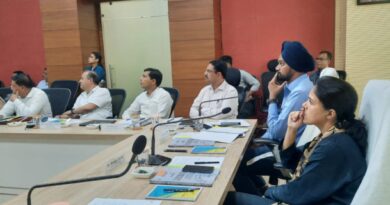 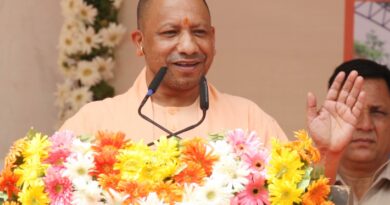 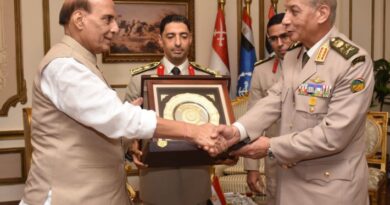