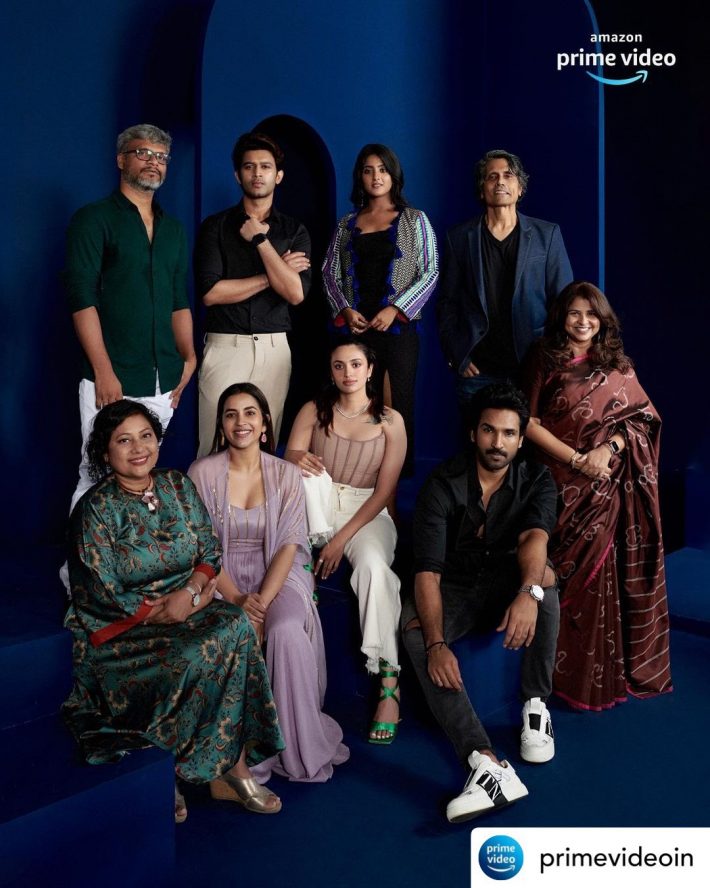 Produced under the banner of SIC Productions, the new Telugu Amazon Original Series will be available to stream on Prime Video starting 8 July, 2022 in over 240 countries and territories

Buoyed by the success of the recently released Modern Love Mumbai, Prime Video today announced that Modern Love Hyderabad will premiere globally on 8 July on Prime Video in over 240 countries and territories. A SIC Productions, the new Telugu Amazon Original series is produced by well-acclaimed creator Elahe Hiptoola with Nagesh Kukunoor as the showrunner. Modern Love Hyderabad is the second edition of three localised and fictionalised versions of international Original anthology helmed by John Carney, Modern Love, and features a bouquet of 6 heart-warming stories that explore the various facets, shades and emotions of love across myriad human relationships. The Hyderabad chapter of the international franchise, inspired by the popular New York Times column, presents unique, quintessential and relatable stories of love that are rooted in the City of Pearls.

“After the success of Modern Love Mumbai on Prime Video, we are excited to bring the second Indian edition of our well acclaimed international franchise, Modern Love,” said Aparna Purohit, head of India Originals, Amazon Prime Video. “Modern Love Hyderabad explores the joys, complications, tribulations and the healing power of love. Working with Elahe Hiptoola and Nagesh Kukunoor to tell these emotionally charged but rooted stories has been an incredible creative journey of ideation and collaboration. Set in the city of Hyderabad, these stories explore the culture, history and the confluence of culture through its by lanes like never before. We are certain that these stories will make you smile, laugh, pine, cry and restore your faith in the power of love.”

“We are delighted to partner with Amazon Prime Video for a prestigious international franchise like Modern Love which has touched the hearts of fans and audiences across the world. Unlike New York and Mumbai, which are megapolises, the charm of Modern Love Hyderabad lies in the fact that it is a city which has witnessed rapid modernisation in the last decade or so, while keeping in touch with its multi-cultural roots. This made for an excellent study in how the true cultural essence and social fabric of the city could feature in these stories of modern love,” said showrunner and one of the directors, Nagesh Kukunoor.

“It has been an absolute pleasure crafting these gems set in our home, Hyderabad. We have attempted to not only showcase Hyderabad’s various moods and colours but also reflect the modern-day human connections making it relatable to audiences across demographics. Audiences are in for an entertainment treat as the anthology features some of the finest actors from the region who are masters of their craft and directed by filmmakers of repute. We have on board some brilliant musicians who have created original tracks for the episodes elevating the uniquely Hyderabadi flavour of all our stories. I believe the audience is going to enjoy every minute of each of these stories which are full of warmth, tenderness, real and raw human emotions,” added producer Elahe Hiptoola.

City lights up in the varied colourful hues of Karwa Chauth

How you live your life matters now more than ever

AIDS and a collection of stamps that addresses a lethal disease

Mumbai: Writer-director-producer Reema Kagti has been recognized by the Academy and inducted into the Writers Branch of the Academy’s Class