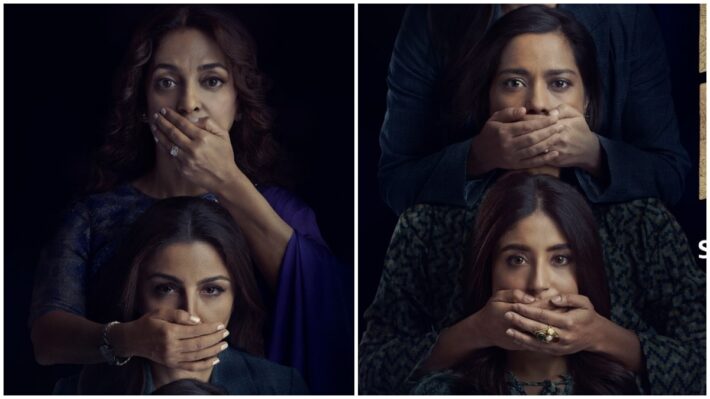 Produced by Abundantia Entertainment, the seven-episode series will premiere on Prime Video on September 22

The 7-episode series is helmed by acclaimed director Tanuja Chandra, who also double-hats as the Executive producer. Kopal Naithani serves as director for 2 episodes and one episode has been directed by Ashish Pandey. The gripping story is by Shikhaa Sharma, who also serves as an Executive Producer and screenplay and additional stories by Ashish Mehta. National Award winning writer Juhi Chaturvedi (Gulabo Sitabo, Piku, Sardar Uddham Singh) has penned the dialogues. Produced by Vikram Malhotra-led Abundantia Entertainment, Hush Hush will be available to stream for prime members in India and across 240 countries and territories starting September 22.

Delighted about helming a powerful story of such a diverse cast and crew, executive producer, and director Tanuja Chandra said, “The female genre has been my abiding passion but a female-first cast and crew is something of a dream come true for me. I’m grateful that Abundantia Entertainment and Prime Video have provided us with a platform on which to tell engaging narratives with a distinctly female gaze. I’ve loved working on Hush Hush with a formidable cast and a team deeply committed to creating something unusual but also a show that speaks to the times we live in. And having women as producers and heads of department just made it that much more special.”

Speaking about her streaming debut with Amazon Prime Video’s ‘Hush Hush’, Juhi Chawla said, “I look forward to embarking upon a new journey in the rapidly growing digital space with Prime Video. The platform has revolutionized the art of storytelling with blockbuster originals that have captivated audiences across the country. The plot of Hush Hush grasped my attention, and I knew in an instance that this is a special project that I’d love to work on. I have always been an admirer of the extraordinary work that Abundantia Entertainment produces and it was special to collaborate with Vikram and his wonderful team. I’m delighted to work alongside such phenomenal actors such as Soha, Shahana Kritika, Karishma and Ayesha and I am certain that audiences will resonate with the show and continue to bestow their love upon the show and me as I begin this new chapter.”

Commenting on the upcoming series, Soha Ali Khan said, “Hush Hush deals with a stark set of aspects that women encounter in today’s day and age and am delighted to collaborate with Amazon Prime Video and Abundantia Entertainment to bring alive this stellar project. I had a wonderful time shooting with Juhi, Shahana, Kritika, Karishma, and Ayesha. Having a female dominant environment brought in a sense of excitement and fun that will translate on screen for viewers to see. I’m certain that the audiences will be engrossed throughout the series and will relate to it.”

Actor Shahana Goswami said, “Hush Hush is a special series with a gripping narrative that will interest audiences across the world. Working with this diverse team of actors such as Juhi, Soha, Kritika, Karishma and Ayesha was so much more fun than I could imagine and something I will always cherish. Each character in the series is a different kind of woman and will be very relatable to all. I am so pleased to have worked with Tanuja, Abundantia Entertainment and Amazon Prime Video on this series and I’m sure that the public will be intrigued by what’s coming their way.”

Actor Kritika Kamra added, “I am delighted to reunite with Prime Video for another extraordinary series with a riveting plot that will engage audiences of all interests. Having an ensemble cast & crew of women to work alongside makes this project even more special. I can’t wait for audiences to witness what we have created and I’m sure that they’ll enjoy the twists & turns as they unfold.”

Actor Karishma Tanna said, “Hush Hush is my second series with Prime Video this year and I’m super excited to be part of this brilliant storyline. Working with Tanuja, Vikram Malhotra and Abundantia Entertainment and especially with my amazing co-actors was a great experience, it was a lot of fun and learning as well. I’m sure audiences will enjoy this exhilarating tale that unfolds shadowed truths of the surroundings we live in.”

Actor Ayesha Jhulka said, “Hush Hush is my debut in the digital space, and it truly is the perfect project to embark upon for this new journey. Prime Video and Abundantia Entertainment have created a benchmark with extraordinary storytelling featuring women in the lead and am delighted to collaborate with them for this illustrious project. Having an ensemble female cast & crew has made this experience top notch and I am certain that audiences will love the series and relate to the varied aspects that each character possesses while dealing with relatable circumstances.”

Hush Hush will be available to stream on Prime Video from September 22 in more than 240 countries and territories. 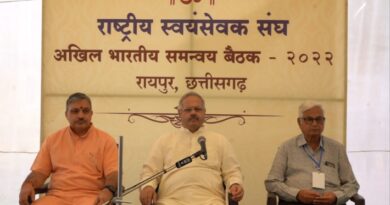 To hide corruption of the Gandhi family, Congress did the heinous act of harassing general public by besieging Delhi: Depy CM Brajesh Pathak 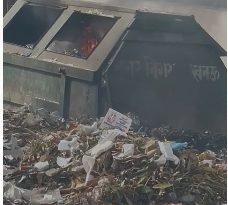 In city heaps of garbage lie strewn in Mahanagar, as stray cows search for fodder