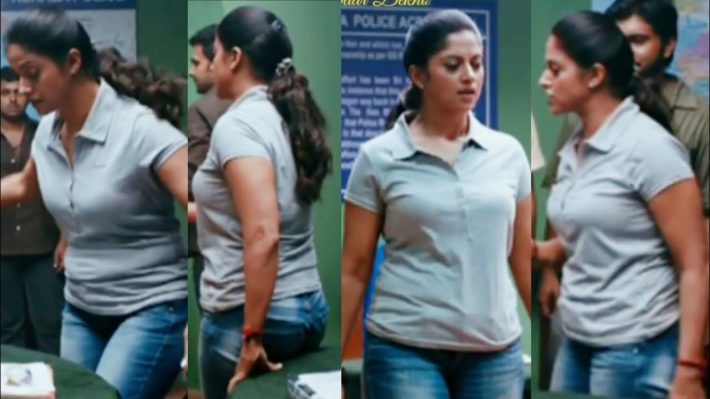 Mumbai: Cinema has always been portraying different kinds of stories that are a part of our society and reflects different cultures and traditions. The latest original offering on Amazon Prime Video, the five episodes Tamil anthology, Putham Pudhu Kaalai Vidiyaadhaa… is one such example of cinema where audience can experience different stories of love, hope and new beginnings created by diverse filmmaking styles and perspectives. The anthology has 5-episodes and one of them is Mouname Paarvayaai, directed by Madhumita and starring Nadiya Moidu and Joju George. Recently, the lead actress, also a veteran in the film industry, spoke about the advent of OTT and its advantages.

“I think more than actors, we have given room to directors and script writers, who can say their stories directly,” said Nadiya Moidu and continued further, “OTT just gives that larger viewership— it doesn’t matter which language you are watching, of course… it’s a big comfort that you are watching in your own mother tongue. But at least people get exposed to different states, their cultures, how things are viewed in their part of the world. All these things have helped people to think differently.

Nadiya made her debut in the Malayalam film Nokketha Doorathu Kannum Nattu (1985), alongside Mohanlal and Padmini for which she won Filmfare Award for Best Actress – Malayalam. She has been in the industry for 30 years and has been a celebrated actress with Tamil, Malayalam and Telugu cinema.

After Drushyam 2, Nadiya Moidu will be seen in much awaited Amazon Original Series Putham Pudhu Kaalai Vidiyaadhaa…, which releases on 14 January 2022 on Amazon Prime Video in India and more than 240 countries and territories worldwide.

Following the success of the first edition, Putham Pudhu Kaalai Vidiyaadhaa… promises to enthrall audiences with a heartwarming narrative that celebrates the spirit of resilience and grit in the face of adversity.

Lucknow: On the occasion of “National Voters’ Day”, traders took oath of compulsory voting under the banner of “Uttar Pradesh

List of 20 candidates released by JD(U) for U.P. polls

Badhaai Do trailer has got all what it takes for a perfect family comedy! Releasing in Theaters on 11th Feb