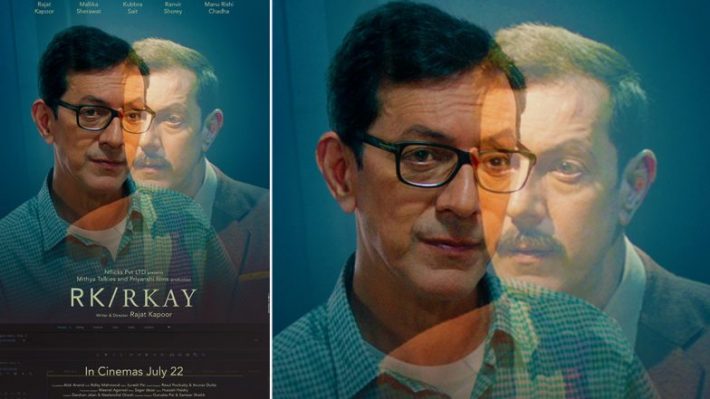 “I must say, in terms of being an actor- this was my most difficult experience” shared Rajat Kapoor on his double role in RK/RKAY

Rajat Kapoor is one of the finest actors we have in our industry. He is someone who has worked in many films and has essayed different characters in them. But Rk/Rkay’s double role is something that the actor found to be one of the most difficult characters to do these years.

As the theme of Rk/Rkay revolves around the hunt for its missing hero who is played by Rajat Kapoor, the actor will be seen essaying double roles for the very first time. While he will be playing the character of Mahboob and RK in the film, the double role was indeed a difficult one for him to deal with. “The double role is difficult- no doubt about that. Not for any other reason, but in many scenes in this film – I was acting opposite myself- which means, there was no other actor in the scene. Normally when you act with another actor, you get a response – and then you respond to your co-actor and the scene kind of builds from there. In this case, no such luck. And to make the matters worse, I was also the director- I must say, in terms of being an actor- this was my most difficult experience” shared Rajat Kapoor while speaking about his experience of playing a double role in Rk/Rkay.

Corona’s Curse & The Hand of God