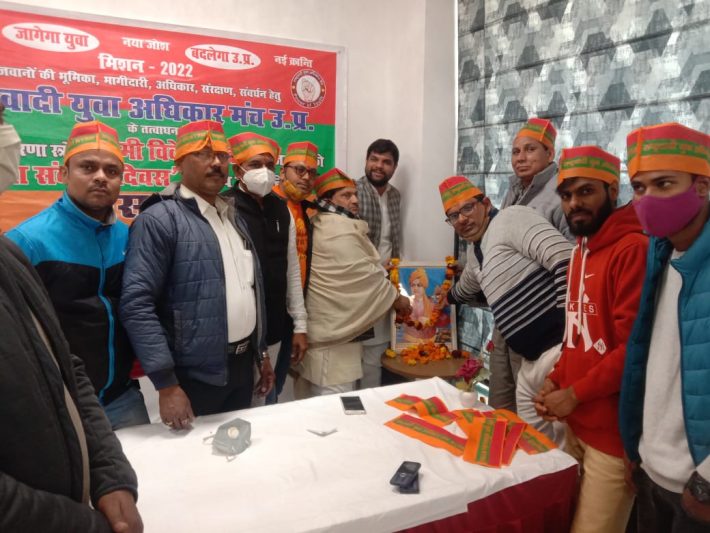 Lucknow: Rashtravadi  Yuva Adhikar Manch has announced to contest the assembly elections on 100 seats in Uttar Pradesh. On January 20, the first list of candidates will be released with “Yuva Sankalp Patra”. National President of Manch Shashank Shekhar Singh Pushkar in a hotel in capital Lucknow.

Taking the birth anniversary of Swami Vivekananda as “Yuva Sankalp Diwas”, following his ideals, principles, thoughts, took a pledge to secure and protect the future of the youth for building Young India, Prosperity India, Strong India.

During this he addressed the press. While saying that under the banner of Rashtriya Yuva Adhikar Manch, youths, unemployed outsourcing employees, competitive students and public interest have always been fighting on the streets for basic problems, the role of youth, their participation, their rights, protection, promotion, the organization is committed to these issues.

The 2022 elections will be fought in the remaining seats, the candidates who decide in favor of the youth will be supported. He said that all the parties have used the youth only as vote bank and propaganda machinery. Has exploited them, only has done the work of dividing the youth into castes and parties, the purpose of any party is not clear about the youth, only political parties talk about the youth at the time of elections on the basis of youth and alliances in the name of castes.

The youth are not visible in the agenda of these parties far and wide, only by selling the dreams of the youth, no government will be formed in Uttar Pradesh without the youth. Youth of 65 to 70 percent of the population is ideologically with the Nationalist Yuva Adhikar Manch, the support of the youth of various organizations, outsourcing workers and other parties is also available to the Nationalist Youth Rights Forum, so youth as a better option.

Will be united for better Uttar Pradesh to form the government, he appealed to the youth of the state that there will be no paper leak in the recruitment process, no elasticity in the result, but the work will be done on the basis of sharpness, the vacancy of 403 MLAs is vacant in Uttar Pradesh.

I myself have a party, the backbone of the country is the building of the nation is possible on the basis of these youths. Students, unemployed, youth are encouraged to vote for the candidates of the Nationalist Youth Adhikar Manch, that they can save their lives from the injury of the vote.

Will make you feel the power, he said that the selection of candidates is going on, whoever will contest the elections under the banner of the youth Rashtravadi Yuva Adhikar Manch, there will be a strong effort to create an atmosphere in his favor so that the youth can register a strong presence in the assembly Shashank Shekhar Singh Pushkar claimed that without the Rashtravadi Yuva Adhikar Manch, no government would be formed in Uttar Pradesh. 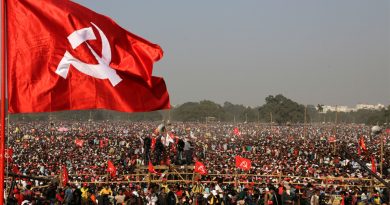 CPI to contest on 60 assembly seats in Uttar Pradesh