New Delhi: Before the Reserve Bank announced its monetary policy, RBI Governor Shaktikanta Das expressed concern over global inflation. After this, he announced to increase the repo rate by 0.50 percent. The repo rate has now increased from 4.90 to 5.40 percent. Das also said that the committee has taken this decision unanimously.

RBI had raised the repo rate twice in the current financial year so far – 0.40 per cent in May and 0.50 per cent in June – to contain retail inflation.

This is the third time that the repo rate has been increased. Earlier the repo rate was 4.9 percent, which was below the pre-Covid level of 5.15 percent.

Every time during the review of economic policies by the Reserve Bank of India, words like Repo Rate, Reverse Repo Rate and CRR come up, which are a bit difficult for the common man to understand.

Let us know in simple language the meaning of Repo Rate, Reverse Repo Rate and CRR and how it affects your life. It can be understood in simple language like this. Banks give us loans and we have to pay interest on that loan. Similarly, banks also need a huge amount for their day-to-day operations and they take loans from the Reserve Bank of India (RBI). The rate at which the Reserve Bank charges interest on this loan from them is called Repo Rate. 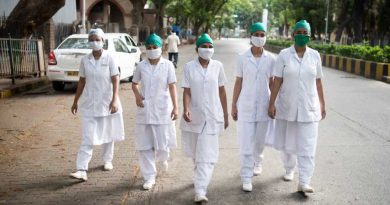 UPMRC HONOURS BEST PERFORMING EMPLOYEE FOR THE MONTH OF NOVEMBER 2020; MANAGING DIRECTOR AWARDS CERTIFICATES OF APPRECIATION TO THE WINNER.