After that, the Design and Technological Upgradation Workshop, sponsored by the Ministry of Textiles, Government of India, was inaugurated by  Minister of Railways and Textiles, in the campus of 3rd Battalion Railway Protection Special Force, Lucknow, in which about 30 women from the Railway Protection Force family participated, who were the Chief Guest.

Minister of State for Railways and Textiles  Darshana Vikram Jardosh graced the occasion as the chief guest and took the salute of the parade. In the presence of Railway Protection Force, Central Police Forces, State Police, various Government Departments, Railways and other dignitaries and senior officials, R. Sub DG, Sanjay Chander welcomed the  Minister and outlined various new initiatives taken by the force to provide safe rail travel to the passengers. He said that the Railway Protection Force is using technology in various areas of its functioning to ensure optimum utilization of manpower. The force has been at the forefront of providing assistance to needy travellers, elderly and children. Railway Protection Force is doing commendable work in preventing human trafficking, transportation of narcotics, hawala money, banned wildlife and other illegal activities on trains and stations.  Minister also announced to arrange women escort party rest rooms at major 75 stations of the country for women force personnel working in train escort duty.

He said that we have entered the Amrit mahotsav period, which will last till 2047, during which we will have to work with all our heart and soul to take India to the pinnacle of that glory (Vision 2047 is the roadmap for the highest ideal. Mentioned the Force’s Vision 2047 which would involve optimum utilization of innovation, technology and resources to enhance the force’s responsiveness, reach and effectiveness.

He underlined that the mission of the Force is the resolve to serve and extend to all members of the Force, from constables to Till the Director General, will have to work towards strengthening their service commitment. More than 200 RPF personnel marched to the tune of RPF band in the parade. The parade consisted of 8 platoons, including a women platoon, a chorus commando platoon, Segway A platoon of riders and a platoon of canine squad of RPF included Shri Jethit Babu Raj, Sr. Commandant RPF commanded the parade, Mr. Mohammad Hanif, Commandant R.P.H. Second-in-Command (2-IC). The parade was followed by various martial arts performances by the members of the force which included the RPF’s chorus. (Commands for Railway Security) unit displayed their training skills in Vehicle Intervention, VIP Security, Kav-Maga etc. while a team of RPF women personnel of Southern Railway displayed their skills in unarmed warfare and Judo. Another demonstration included a special rifle show by a team from Central Railway.

Minister of State for Railways has awarded ‘President Police Medal for Distinguished Service’, ‘Indian Police Medal for Meritorious Service’, ‘Uttam Jeevan Raksha Padak’ and ‘Jeevan Raksha Padak’ for distinguished service to 23 Railway Protection Force employees and officers. provided. B. Late  Gyan Chand, Head Constable of North Central Railway who laid down his life at the altar of his duty while rescuing a woman who jumped in front of a moving train with the intention of committing suicide.

He was posthumously awarded the Best Jeevan Raksha Padak by the  Minister of State for Railways, Government of India and all the force members remembered him with salutary eyes and pride. The Hon’ble Chief Guest inaugurated and unfurled the second tallest monumental National Flag of Lucknow at over 100 feet in the Academy premises and unveils the installation of a Railway Coach for Train Intervention Training. The renovated main hall of the Academy, which is now air conditioned, was also inaugurated by the Minister. A special “Azadi Ka Amrit Mahotsav edition” of RPF’s quarterly e-magazine Rail Sainik was released on the occasion.

Minister of State for Railways appreciated the preparation, decoration and march of the parade. In his speech, he praised the RPF in ensuring safe travel for women passengers. appreciated the role. He lauded the ‘Meri Saheli teams’ for providing security to women traveling alone in long distance trains. He underlined the key role of training and skill up-gradation in improving the performance of any organization. 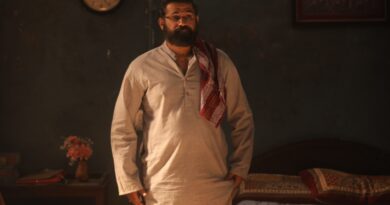 Sohum Shah is grateful for the love he is receiving for the role of politician Bheema in Maharani 2; Read 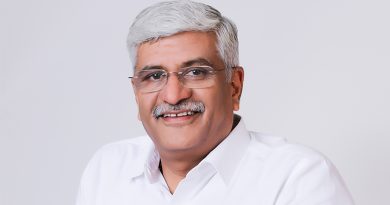 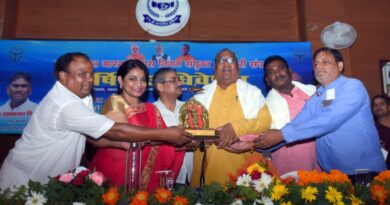