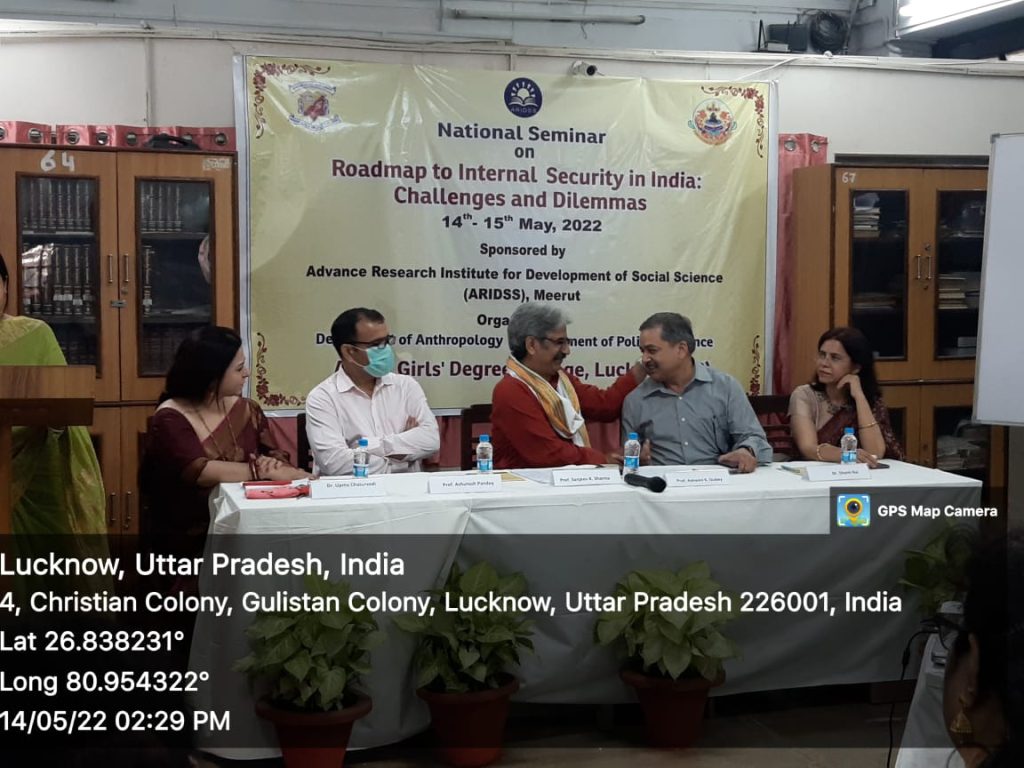 Lucknow: Avadh Girls’ Degree College organised the Inaugural session of the two day National Seminar on “Roadmap to Internal Security in India: Challenges and Dilemmas” being held on 14th and 15th May 2022, in the College Auditorium. The seminar has been sponsored by Advance Research Institute for Development of Social Science (ARIDSS), Meerut and organised by the Department of Anthropology and Department of Political science, AGDC. The programme began with the lighting of the lamp by the dignitaries to the accompaniment of the audio rendition of Saraswati Vandana. The guests were then formally welcomed by the President of the College, Ms. ZarineViccajee and were presented with saplings and mementos as a token of appreciation. The introduction to the theme of the seminar was explained by the Convenor- Dr.Preeti Awasthi, Department of Political Science, AGDC.  An edited book titled, “Roadmap to Internal Security in India: Challenges and Dilemmas” on the theme of the seminar was introduced by the Principal of the College, Prof. Bina Rai  and was released on the occasion by the dignitaries. The first keynote lecture was delivered by Group Captain Dr. RK Singh, Visiting Faculty at School of Internal Security, Defence & Strategic Studies in Rashtriya Raksha University, Gandhinagar and as Director Research at Advance Research Institute for Development of Social Sciences (ARIDSS), Meerut. He discussed how the covert nature of internal menace makes it more challenging to handle it. India is under attack from external and internal forces. The internal security scenario is a like a latent volcano waiting to blow up. He listed the issues of corruption, poverty, judiciary and education as major contributors to this situation.

The second keynote address was delivered by Prof. Sukant Chaudhary, Professor in the Department of Sociology, University of Lucknow. He spoke on the “Idea of India” and posited that every age has its own merits and demerits. The problem with India is that Indians still have a colonized mentality. Indigenization will relieve us from this captive mind set which believes in western paradigms and theories. Dr. Sanjay Kumar is an Associate Professor at the Department of Defence Studies, Meerut College and is the Director of Advance Institute of Research and development in Social Science, Meerut. He is a professorial fellow and visiting fellow at India Studies Centre, Thammasat University, Bangkok, Thailand. He has proposed the signing of a MoU with AGDC to ensure the conduct of two seminars and 1 workshop in every academic year. He spoke of the importance of intelligence, vigilance and development to ensure internal security in India. Prof Sanjay Kumar Sharma, former Vice Chancellor of Mahatma Gandhi Central University, Motihari (Bihar) and professor in the Department of Political Science at Chaudhary Charan Singh University, Meerut (Uttar Pradesh).  He spoke about the importance of creating good citizens for India instead of materialistic automatons.  The educational institutions do not create worthy citizens rather they mass produce career oriented humanoids. The constitution was expected to resolve the problems of the society. The cultural heritage of India looks at the integration and welfare of the world, not self. His enlightening and dynamic talk was followed by the Vote of Thanks delivered by Dr. Maulishri Shukla, the organizing secretary of the seminar. The event drew to a close with the singing of the National Anthem. Dr. Supriya Chaturvedi from the Department of Psychology and Dr. Neetu Agarwal from the Department of Anthropology were the Masters of Ceremonies.

The day two of the seminar which is scheduled on 15th May shall commence with two technical sessions from 10:00 am in the morning followed by the valedictory session from 12:30 pm. 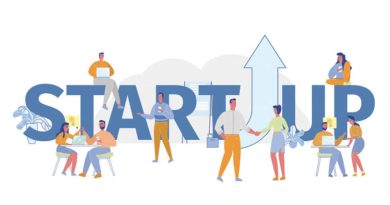