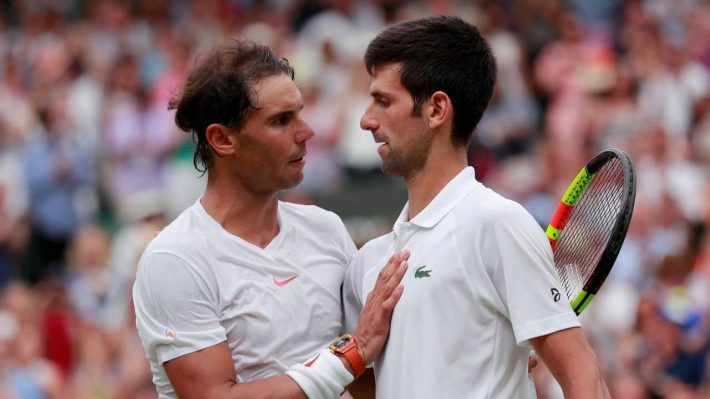 Madrid: Rafael Nadal and Novak Djokovic have criticized Russia’s decision to bar players from Russia and Belarus at this year’s Wimbledon tennis tournament because of Russia’s invasion of Ukraine.

Both these tennis legends said  that Wimbledon has not made the right decision. Nadal and Djokovic are both preparing to play at the Madrid Open. Nadal, a record 21-time Grand Slam winner, said, ‘I think this is going very wrong with my tennis teammates from Russia. Whatever is happening in the war right now is not their fault.’

He said, ‘I feel very sorry for them. Wimbledon made its own decision. The government did not compel them to do so. Let’s see what happens in the next few weeks. Do players take any kind of decision in this regard.

The ATP and WTA Tennis Tours have also criticized the All England Club’s decision. Wimbledon starts on 27 June. Key players to be affected by the Wimbledon ban include defending US Open champions Daniil Medvedev, Andre Rublev and French Open runner-up Anastasia Pavlyuchenkova.

All these players are from Russia. Apart from these, Victoria Azarenka of Belarus will also not be able to participate in Wimbledon. Belarus has supported the Russian attack on Ukraine.

Djokovic compared the condition of these players to the situation in January when he missed the Australian Open. He was then deported from Australia for not getting the Kovid-19 vaccine. Djokovic said, ‘It’s a different matter but earlier this year I went through a similar situation. It’s disappointing to know that you won’t be able to play in a tournament. He said, ‘My opinion is clear and I stand by that I do not support the (Wimbledon) decision. I think it is not fair, it is not right.’