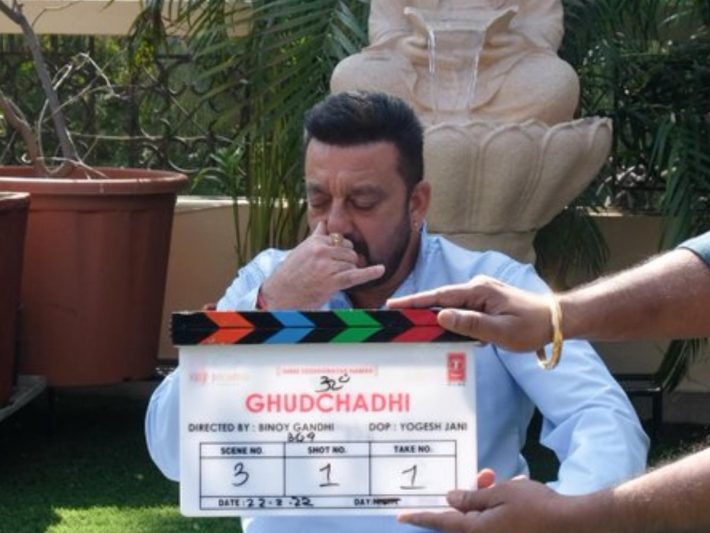 Mumbai: Springing a huge surprise on his followers and fans, Sanjay Dutt took to his social media recently to announce his next movie ‘Ghudchadhi’ that went on floors.

The picture that the actor has posted on social media features him seated in a garden, practicing yoga, much to the surprise of his fans, who can’t wait to see their favourite superstar back on the big screen.

Taking to Twitter, Sanjay Dutt tweeted, “Thank you @balu_munnangi for bringing your energy to this new beginnings. Appreciate your presence.”

Besides ‘Ghudchadhi’ to be directed by Binoy Gandhi, Sanjay Dutt will be seen locking horns as Adheera in Yash starrer ‘KGF Chapter 2’ slated to release on 14th April, 2022. He also has ‘Shamshera’ and ‘Toolsidas Junior’ in the pipeline.

Thank you @balu_munnangi for bringing your energy to this new beginnings. Appreciate your presence always. pic.twitter.com/IUZzNBFAHl