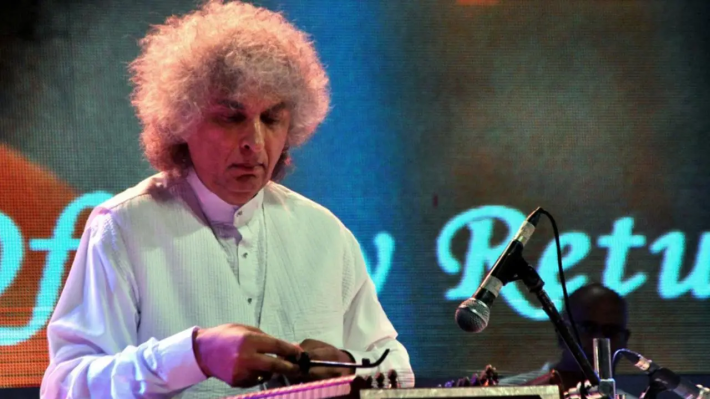 New Delhi: The country’s famous classical musician and santoor player Pandit Shivkumar Sharma has passed away. Sharma, 84, was suffering from kidney-related problems for the past 6 months and was on dialysis.

It was Shivkumar Sharma’s santoor playing that this instrument also came to be considered in the category of sitar and sarod. He teamed up with the flute player Pandit Hari Prasad Chaurasia, who was known as Shiva-Hari among music lovers.

Together they composed music for many popular films like Silsila, Lamhe, Chandni. Pandit Shivkumar Sharma started playing Santoor at the age of 13. He gave his first performance in Mumbai in 1955. He was awarded the Padma Shri in 1991 and then the Padma Vibhushan in 2001.

Our cultural world is poorer with the demise of Pandit Shivkumar Sharma Ji. He popularised the Santoor at a global level. His music will continue to enthral the coming generations. I fondly remember my interactions with him. Condolences to his family and admirers. Om Shanti.

PM Narendra Modi has condoled the death of Shivkumar Sharma. Paying tribute on Twitter, PM Narendra Modi wrote, ‘Our cultural heritage has suffered a great loss due to the demise of Shivkumar Sharma ji. He made Santoor popular on a global scale. His music will continue to inspire generations to come. I remember my meeting with him. May God give strength to his family and loved ones to bear this loss. om Shanti.’