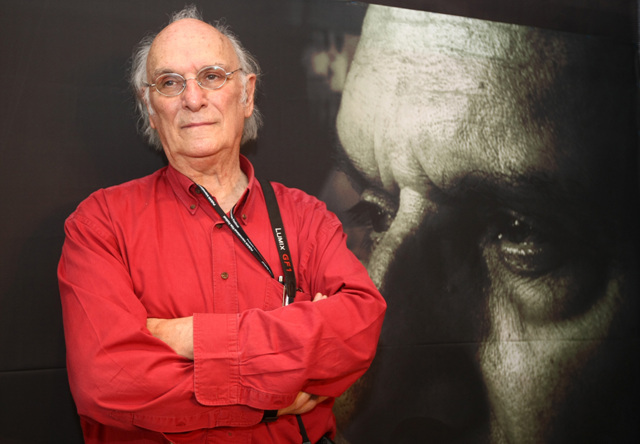 Mumbai: The Satyajit Ray Lifetime Achievement award will to be given to Spanish film Director Carlos Saura at the 53rd edition of the International Film Festival of India (IFFI), announced Minister of State for Information and Broadcasting Dr. L. Murugan, today.  IFFI 53 – the annual film festival which brings biggest stalwarts under one roof, cumulating the cohesive energy and spirit of art, films and culture, will be hosted in Goa from November 20 to 28, 2022. In course of a curtain raiser press conference on 53rd IFFI held at New Delhi today, Festival Director and MD, NFDC Shri Ravinder Bhakar stated that 280 films from 79 countries will be screened in course of the festival this year. He further stated that 25 feature films and 20 non-feature films from India will be showcased in the ‘Indian Panorama’, while 183 films will be a part of the international programming. Union I & B Secretary Shri Apurva Chandra also addressed in the press conference today

Spanish filmmaker Carlos Saura, who received the Golden Bear for Best Director at the Berlin International Film Festival for Deprisa Deprisa, along with two Silver Bears for La caza and Peppermint Frappe, a BAFTA for Carmen and three awards at Cannes, among several others, will be honoured with the Satyajit Ray Lifetime Achievement Award and an eight-film retrospective at IFFI.

The Austrian film ‘Alma and Oskar’, directed by Dieter Berner, will open the annual festival while Krzysztof Zanussi’s ‘Perfect Number’ is the closing film.

France is the ‘Spotlight’ country and 8 films will be screened under ‘Country Focus’ package.

The ‘Indian Panorama’ will open with Prithvi Konanur’s Kannada film ‘Hadinelentu’, while ‘The Show Must Go On’ by Divya Cowasji will flag off the non-feature film section. There will be special screenings of Pan Nalin’s Chello Show—The Last Film Show, India’s official entry to the Oscars in the Best Foreign Language category and Madhur Bhandarkar’s India Lockdown.

Three films of 52nd Dadasaheb Phalke awardee (declared in the 68th National Film Awards) Asha Parekh –Teesri Manzil, Do Badan and Kati Patang will be screened as part of the Asha Parekh retrospective.

In the International section, homage will be paid to the film geniuses Bob Rafelson, Ivan Reitman, Peter Bogdanovich, Douglas Trumbell and Monica Vitti.

Several new initiatives have been taken at IFFI and Film Bazaar have been taken this year. The new Book Adaptation Program Books to Box-office has been introduced as an initiative to bridge the gap between good stories printed in books and good films that can be made by adapting books. Some of the best publishers are also expected to be present to sell the rights of the books that can be turned into on screen content.

Twenty films will be presented at Film bazaar recommends section where the Market delegates will get a glimpse of these films and get to meet the filmmakers who will be present to network and take meetings.

Films, like Richard Attenborough’s Oscar winning Gandhi, screened in the ‘Divyangjan’ section will be audio-visually equipped with embedded audio descriptions and subtitles. This will make them accessible to even differently-abled film aficionados and promote the spirit of inclusivity.

As an initiative to promote films from North-East India, 5 feature and 5 non-feature films, will mark golden jubilee of Manipuri cinema.

There will be several Gala Premiers of Hindi films with their actors present to support and promote cinema. These include Paresh Rawal’s The Storyteller, Ajay Devgn and Tabu’s Drishyam 2, Varun Dhawan and Kriti Sanon’s Bhediya and Yami Gautam’s Lost. The upcoming Telugu film Raymo, Deepti Naval and Kalki Koechlin’s Goldfish and Randeep Hooda and Ileana D’Cruz’s Tera Kya Hoga Lovely will also be premiered at IFFI, along with an episode of OTT shows like Vadhandhi, Khakee and Fauda Season 4.

The big draws will be films which have won multiple awards at prestigious film festivals around the world, like Cannes, Berlin, Toronto and Venice. Some are directed by or feature Oscar winners. These films include Decision to Leave by Park-Chan Wook and Ruben Ostlund’s Triangle of Sadness, Darren Oronofsky’s The Whale and Guillermo Del Toro’s Pinocchio, Claire Denis’ Both Sides of the Blade, Guy Davidi’s Innocence, Alice Diop’s Saint Omer and The Blue Caftan by Maryam Touzani.

With 23 ‘Masterclasses’ and ‘In Conversation’ sessions with eminent filmmakers and actors, it promises to be an exciting week. There will be a master class in screenwriting by V. Vijayendra Prasad, on editing by A. Sreekar Prasad and Anupam Kher will take a class in acting. A masterclass on ACES will have Oscar Academy experts, while the ones on animation will have Mark Osborne and Christian Jezdic. The ‘In-conversation’ sessions will be helmed by Asha Parekh, Prasoon Joshi, Aanand L Rai, R Balki and Nawazuddin Siddiqui among others.

Virtual IFFI – The 53rd edition of IFFI will be virtually accessible too. Registered users will get a chance to be a part of these Masterclasses, In Conversations, panel discussions and the opening and closing ceremony even when not in Goa. One can visit the official website for a schedule of these live sessions.

The theme of the festival’s Opening Ceremony will be Evolution of Indian Cinema in the last 100 years under the Azadi Ka Amrut Mahotsav celebrations.

On the sidelines of film shows, the Central Bureau of Communication will organize an ‘Azaadi Ka Amrit Mahotsav’ exhibition and the Ministry of Ayush will also join as the official wellness partners for delegates and general public and provide yoga guidance sessions and holistic check-ups during the festival period.

The gala opening and closing ceremonies will showcase cultural performances featuring top film celebrities from across India and will also include music and dance groups representing France, Spain and the state of Goa. 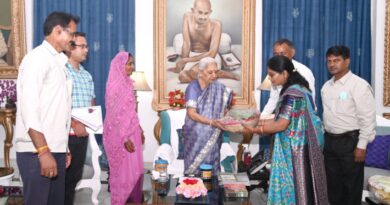 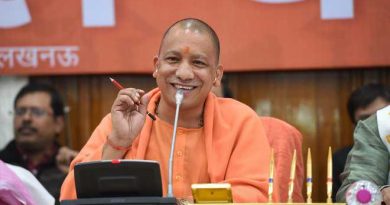