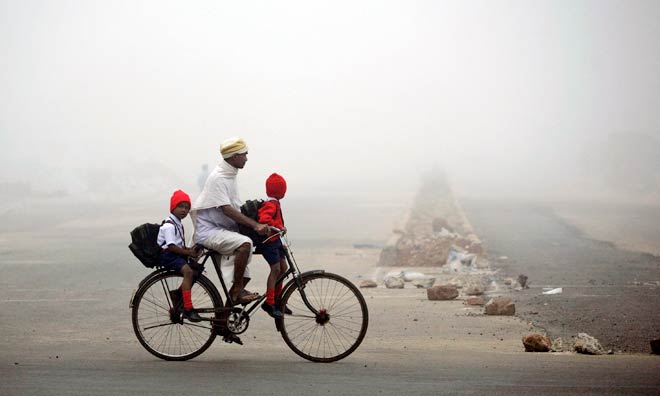 Lucknow: Amidst the chilly winter in U.P, school holidays have been extended in many districts. On the other hand, winter vacation has been announced from December 31 to January 14 in government schools up to primary and class eight. Schools of class 10th and 12th students are not being closed due to board exams in most of the districts.

On the other hand, in view of the winter, the DM has extended the school holidays in many districts of UP. In Gorakhpur, it has been announced to keep all schools from LKG to class eight closed. The Gorakhpur District Magistrate said that in view of the severe cold in the district, all government and recognized schools from LKG to class VIII have been instructed to keep the school closed for two days i.e. on January 2 and 3. The administration has said that strict action will be taken against the schools that do not follow it.

In Agra, Etawah, Budaun, Bareilly and Bijnor, the holidays for schools up to class VIII have also been extended. Schools have been ordered to be closed for two days in Agra, Bijnor and Bareilly, three in Badaun and four in Etawah. It may be mentioned that in view of the winter, a holiday was declared in many districts from December 26 to December 31 in schools up to class VIII. Although the winter is still not taking its name. Agra DM Navneet Chahal said that in view of the cold winter and dense fog in the city, all board and recognized schools from nursery to class eight will remain closed till January 3.

Schools will remain closed till January 5 in Etawah

In view of the harsh winter, all schools from class 1 to class 8 will remain closed from January 2 to January 5 on the orders of the District Magistrate. District School Inspector Raju Rana said that the schools from class 1 to class 8 will remain closed till January 5 due to severe cold. This order will be applicable to schools of all boards. He also said that the order should be strictly followed. Let us tell you that last week, on behalf of the District Guardian Association, a letter was written to the DIOS demanding that schools be declared a holiday due to the severe winter.

Schools up to eighth will remain closed till January 3

Due to the harsh winter, on the instructions of the DM, BSA Vinay Kumar has extended the holiday till January 3 in Hindi / English medium recognized schools, CBSE / ICSE and other board recognized schools and Kasturba Gandhi residential girls schools till 8th January. Winter vacation till January 14 has already been declared in government schools of Basic. On the other hand, due to the winter, the Sacred Hearts School has given leave till January 15 for the children till the eighth grade. DPS has given leave till January 8.

On the first day of the year, the district has been chilled by the icy winds. People are trembling due to cold. Melting has increased the difficulties of the people. The fog that came from Saturday night continued throughout the day on Sunday as well. Due to cold and cold wave, people remained buried in quilts. Due to the cold, there was less movement in the markets. DM Umesh Mishra said that public schools including CBSE, ICSE have declared a holiday till January 3, 2023, up to class eight. Action will be taken against those who do not follow the instructions. Suzhal – The Vortex Creators, Pushkar & Gayatri request viewers not to give away spoilers- “We would like everyone to watch and discover for themselves.” Prime Video’s The Lord of the Rings: The Rings of Power Announces New Cast Members for Season Two 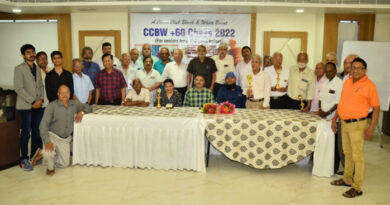