Kanpur: After the Kanpur violence, Section-144 has been imposed, a day before Friday. It is implemented for 52 days. Violence broke out in Kanpur on June 3. After this the administration is continuously strict. The police is arresting the miscreants. For this, a poster has also been issued to 40 people.

So far, 55 accused have been arrested by the police in the Kanpur violence case. Akmal, one of the accused, was arrested on Thursday. At the same time, the court will pronounce the verdict on June 10 on the remand of the mastermind of the violence, Hayat Zafar.
Police and RAF are continuously patrolling the Muslim areas after the violence.

1- A person who is sick cannot walk without a stick. He will be free from this order.

2- The Government servant who is on duty shall be exempted from this order.

3- Without permission, processions, public meetings or street plays will not be allowed.

4- No person will be able to walk in a group with more than 5 people.

5- No person may use inflammatory or provocative slogans.

6- No person shall paste such posters, which hurt religious sentiments.

7- No person shall be able to shoot explosives and fireworks objects.

8- There will be no joy firing in any marriage ceremony.

9- No one will be able to forcibly close the open shops.

The uproar also happened because during the Friday prayers in most mosques it was said that they would not tolerate any remarks made on the Prophet. At the same time, Muslim organizations also called for a market bandh. The police did not allow people to protest after Namaz in any area. Although people came out on the streets.

Riots in Kanpur have happened twice in 3 years

There have been two riots in Kanpur in the last 3 years. Both the riots broke out after Friday prayers at Yatimkhana Masjid. Kanpur has been put on high alert so that this does not happen again. That is why on Thursday, June 9, Section 144 was imposed, so that any untoward incident could be avoided. In view of the coming Friday prayers, the administration and police have also prepared a foolproof blueprint for the security of Kanpur. Till the situation becomes normal, there will be strict security arrangements of the police-administration every Friday. 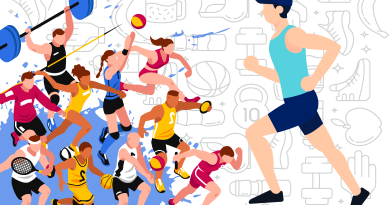