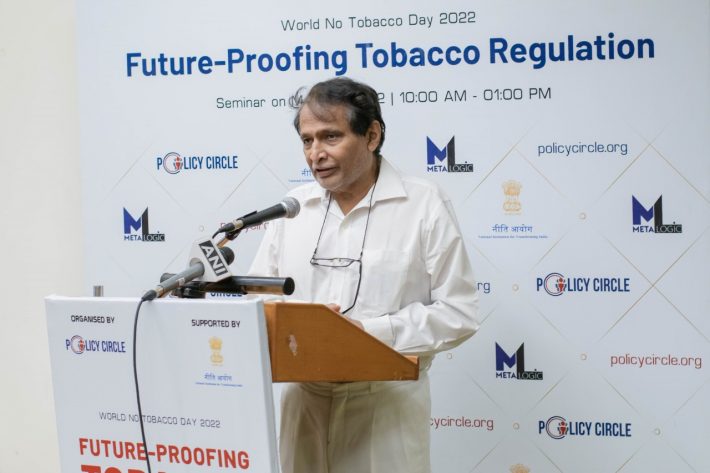 New Delhi : Former commerce minister Suresh Prabhu said there is a need to find a holistic solution including better de-addiction centers for effective tobacco regulation as tobacco ban does not stop the person seeking it from consuming it. He was discussing the hurdles being faced by the government in reducing tobacco consumption without affecting the livelihood of farmers and workers employed by the industry at a seminar on tobacco regulation organized by Policy Circle.

On this occasion former Rajya Sabha MP Rajeev Gowda said that it is almost impossible to stop tobacco production in the country. He cited studies published in the UK and US.

He said that to go for tobacco regulation is to walk on the path of harm. He also explained the reasons for opposing the ENDS Ban Bill during the debate in Rajya Sabha in 2019.

Aruna Sharma, former Secretary, Ministry of Steel, who presided over the Future-Proofing Tobacco Regulation Conference, said the government should keep scientific evidence in mind while formulating policies. He said that those who struggle to quit tobacco should be provided support in the form of such alternatives as far as possible.

All tobacco products in India are regulated under the Cigarettes and Other Tobacco Products (Prohibition of Advertising and Regulation of Trade and Commerce, Production, Supply and Distribution) Act, which came into force in 2003. COTPA regulates products like cigarettes, cigars, bidis, chewing tobacco and pan masala. At the same time, there is a complete ban on all types of innovative products like e-cigarettes in the country. The ENDS Ban Act treats all such products as electronic devices and not tobacco products. A noticeable discrepancy here is the heat burn products that are bundled with e-cigarettes are actually tobacco products and should fall under COTPA.

NITI Aayog Senior Adviser Dr Madan Gopal called for stringent measures to reduce tobacco consumption, but also acknowledged that the ban is not a solution to the problem as it creates an illegal market for banned products. He said that the government does not have any mechanism to implement the regulation effectively.

Former Director of AIIMS Dr MC Mishra said that tobacco free world is not a real objective. Regulations must be made with the understanding that it is impossible to completely eliminate tobacco use.

On this occasion, eminent lawyer Lalit Bhasin said that the ban on e-cigarettes and other new products is unconstitutional. He said that the powers given to the legislature are to control and not to impose restrictions. He said that COTPA is also an enabling law which provides directions.

Nimesh Desai, a leading psychiatrist, said that the ongoing efforts for tobacco regulation need to focus on the adverse effects of passive smoking. He said that the government has come up with several measures like prohibition of smoking in public places and social pressure has played a role in adopting strict laws.

Prof. Bejon Kumar Mishra, an international consumer policy expert, highlighted the need for an informed consumer choice. He said that consumers know what is good or bad for them and they should be allowed to decide for themselves. He added that developed countries such as Hong Kong and Japan have seen a decline in tobacco consumption and that harem reductions have helped smokers switch to other alternatives. Unilateral sanctions by governments, without consulting the most important stakeholders-consumers, are full of prejudice and vested interests, he said.

However, the views of policy makers, senior doctors, lawyers and journalists have strongly opposed the views of the speakers. This lively debate has helped put forward differing perspectives on some subjects. 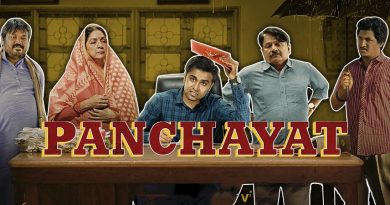 India ki sabse favorite Panchayat Phir Baithegi and here is why you should stream the first season right now!

#BuildingEmpires: The Good that  Bad times bring Out