Lucknow: Lucknow’s local Rock band ‘Shadaj’ have released their second single ‘Sarfaroshi’ on India’s 75th Independence Day. The song is a musical recreation of the Famous poem by Bismil Azeemabaadi, which was later popularised and modified by Ram Prasad Bismil. The video of the song has been directed and produced by Soban Ahmad Khan who runs an independent production house from Lucknow – Viol Media.

Shadaj, an Alt Rock Fusion band from Lucknow selects and composes poetry from famous Urdu and Hindi poets; deriving ideas and concepts from contemporary, rock and Hindustani Music. Their previous release ‘Tum Kahan Jaoge’ which is a ghazal by Jaun Elia was very loved and appreciated by their audience. Shadaj in association with Dhaam Cultural and Welfare Society is working towards bridging the gap between the new contemporary music and Indian classical poetry.

The track has been Mastered by Varun Gupta, recorded at Beatspace Studios, Lucknow.

With farmers upping the ante, its not business as usual for Delhi’s Azadpur Mandi 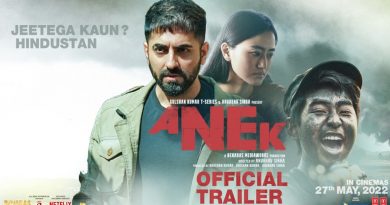 Pakistani refugees turned traders will soon get their ownership: Mayor