Lucknow: The Shila Pujan program of Lord Shri Ramlala’s sanctum sanctorum will be broadcast live on June 01, 2022 (Wednesday), which will be  watched by crores of people from across the country and abroad. The construction work of  Ramlala’s house has been started after the decision of Hon’ble Supreme Court on 09 November 2019 after being disputed for almost 500 years.

The 5 member Justice Bench of the Hon’ble Supreme Court in which the 1024-page historic decision was taken by the bench constituted under the chairmanship of Chief Justice  Ranjan Gogoi, which was a strong initiative of culture and nationalism for India.

After this, after the winter session of Parliament which was convened in the month of January-February 2020, a 15 member central trust named Shri Ram Janmabhoomi Teerth Kshetra was formed. In this, apart from the officers of the central and state government, the District Magistrate of Ayodhya has been nominated as an ex-officio member and as the chairman of the temple construction committee of Shri Ramlala, the former Principal Secretary to the Prime Minister,  Nripendra Mishra, was made the chairman, after which the construction works would be expedited.

And action has been started for the establishment of Shri Ramlala in a temporary fiber temple at present, whose work is being done on the first date of Basantiya Navratri (Chaitra month) on 25 March 2020 in the new fiber temple, Honorable Chief Minister Yogi Adityanath, members of the trust, religious leaders. And along with the officials, the Deity  was established in the new temporary temple, where all the people are also having darshan nowadays.

After this establishment, the successful Prime Minister of the country,  Narendra Modi, the RSS chief  Mohan Bhagwat, the Chief Minister of Uttar Pradesh,  Yogi Adityanath, the Governor of Uttar Pradesh,  Anandiben Patel, the President of the Trust, Mahant Mr. Nritya Gopal Das ji and others will be present. The Bhoomi Pujan and foundation stone laying program of the temple was done in the presence of 250 revered saints.

In this, all the people are eyewitnesses, in this episode the foundation, pillar and platform of the temple have been constructed. On Wednesday, June 01, 2022, that holy hour has arrived, in which the temporary house of  Ramlala will be constructed after worshiping God’s womb and rock from the Chief Minister  Yogi Adityanath, Deputy Chief Minister Ministers, Saint Mahatmas, Dharmacharyas and Shri Ram Janmabhoomi movement.

In the presence of the associated sages, rock worship and the construction of the womb will start. Necessary preparations and meetings have started in Ayodhya to make this program historic. In this sequence, necessary preparations are being made by the Divisional Commissioner, Inspector General of Police, District Magistrate and Senior Superintendent of Police as well as the Tirth Kshetra Trust. In this order, for the convenience of the common people, the Mandal and District Administration has demanded a live telecast of the entire program by the concerned intellectuals, in order that on the instructions of the Chief Minister, Additional Chief Secretary Information Dr. Navneet Sehgal, Director of Information by Mr. Shishir.

Consent was given for live broadcast and its information was given to Deputy Director Information / In-charge Chief Minister Media Center Dr. Murlidhar Singh in the budget session of the Vidhan Sabha today and ANI’s state head Ms. Kamna Hajela was instructed to take necessary action for live broadcast. LED vehicles and hoardings, etc. will also be set up for the convenience of the general public. Hon’ble Chief Minister has instructed the government and district administration to make the program related to Shila Pujan as historic as the Bhoomi Pujan program with the help of saints.

In the construction of Shri Ramlala temple, 318 pillars, one main spire and 05 sub-shikhar and 161 feet high, 360 feet long and 235 feet wide temple will have to be cut about 4 lakh cubic feet of stone. 70 percent stone is ready for the sanctum sanctorum, the work of carving and carving of the remaining stones is being conducted in 04 workshops of Rajasthan including Ayodhya. 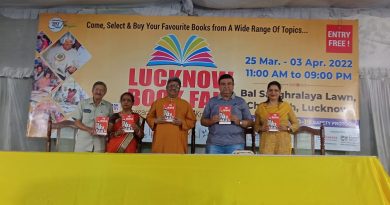 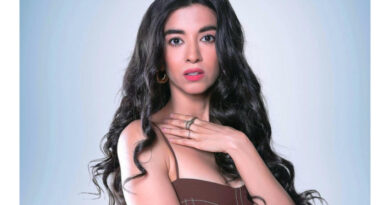 Lucknow: At National P.G. College, Lucknow, a dialogue was established with the students and teachers by Dr. Mukul Chaturvedi, Vice