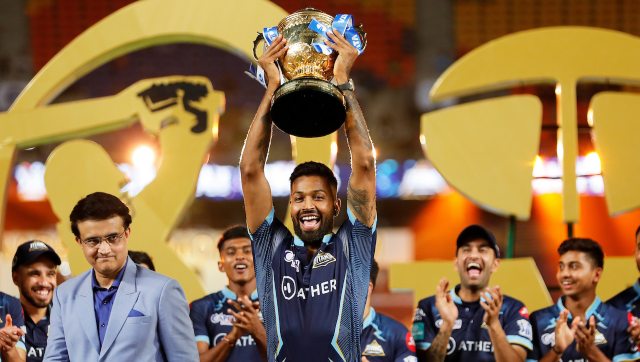 New Delhi: When BCCI announced the Indian team for the Ireland tour on Wednesday night, everyone’s eyes were on only one thing, that is, who will become the captain of the team? From July 1, Team India has to play the only Test match against England in which all the senior players of the team including Rohit Sharma will be there.

In such a situation, the big question was who the board would appoint as the captain for the two T20 matches against Ireland on 26 and 28 June. The BCCI responded by declaring the squad against Ireland by handing over the leadership of the team to Hardik Pandya. No one was surprised by the decision to make him the captain as Gujarat Titans recently led the team to the IPL 2022 title. But the fans were definitely surprised to see the player who was struggling to make it to the team a few months back, becoming the captain.

Focused on fitness by taking a break of 5 months
After the 2021 T20 World Cup, when questions started being raised on Hardik Pandya’s performance, the all-rounder took a 5-month break and focused on his fitness. Hardik Pandya also informed the selectors that he would not be available for selection until he became fit. After working hard, this player returned to competitive cricket through IPL 2022.

Gujarat Titans was made the champion in the first season
In IPL 2022, Gujarat Titans appointed Hardik Pandya as the captain of their team. After becoming the captain, Hardik had many questions in front of him. He should return to Team India by focusing on his personal performance or handle the team as a captain. There are some players who get shattered under the burden of captaincy, while there are some players who go away. Hardik Pandya comes in the second category. Hardik bowled well from the start of the season and batted in the top order, while his performance as captain was also excellent. Leading the team from the front, this player made Gujarat the champion in the debut season itself.

Appointed vice-captain in T20 series against South Africa
The selectors were also happy to see Hardik Pandya’s captaincy. After the injury of KL Rahul in the ongoing T20 series against South Africa, the BCCI appointed Pant as the captain, while Hardik Pandya was made the vice-captain. With this decision of BCCI, it was clear that now Hardik’s name has also been added to the race for future captain. At the same time, the selectors have made the picture clearer by handing him the leadership of the team against Ireland.