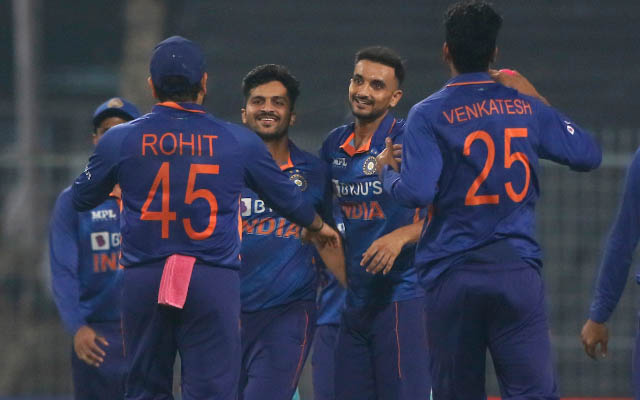 Lucknow: World number one T20 team India will descend on the Ekana Stadium in Lucknow to avenge their previous T20 series loss against Sri Lanka in the first T20I here.

India played a three-match T20 series against Sri Lanka in July last year, in which India had to face defeat. Sri Lanka’s team defeated India 2-1 in a thrilling clash.

The Indian team, which recently became number one, is considered to be the strongest in this format. Team India, who recently made a clean sweep of the West Indies 3-0, has achieved the number one ranking after a long gap of six years.

Before this match against Sri Lanka, the Indian team has suffered two major setbacks. Fast bowler Deepak Chahar and batsman Suryakumar Yadav have been ruled out of the upcoming T20I series against Sri Lanka.

On the other hand, Sri Lankan cricket team’s star spin all-rounder Wanindu Hasaranga was on Wednesday ruled out of the upcoming T20I series against India as he is yet to recover from the Covid-19 infection.

Hasranga was found corona infected in the five-match T20 series against Australia in February, due to which he could not play in the last three matches on the tour.

On the other hand, when it comes to India’s playing XI, the team management will try to give as many chances as possible to as many players as possible before the World Cup to be held in Australia in October-November. In the absence of senior players, players like Ishan Kishan, Rituraj Gaikwad and Sanju Samson can be given a chance.

With Suryakumar Yadav and Deepak Chahar ruled out due to injuries, Venkatesh Iyer will now have to play more responsibility in the middle order. It will also be interesting to see where the team management fits Sanju Samson in the playing XI.

Apart from this, spinner Ravi Bishnoi has proved effective against West Indies in bowling. In such a situation, another spinner Kuldeep Yadav or Chahal can be given a chance with him. On the other hand, Jadeja can be given a place in the team as an all-rounder. India can go into this match with three fast bowlers.

The Indian attack has been strengthened by the return of Jasprit Bumrah in the fast bowling department. Together with Bhuvneshwar Kumar and Mohammad Siraj, he will lead a strong fast bowling attack.