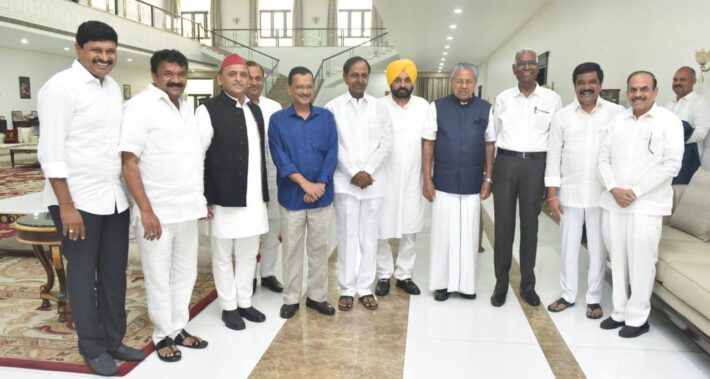 Hyderabad: Telangana Chief Minister K Chandrasekhar Rao  held a mega rally on Wednesday. Many big leaders including Aam Aadmi Party chief Arvind Kejriwal  participated in this rally, which is considered important in terms of opposition unity and national politics. The special thing is that this was the first big event of ‘Bharat Rashtra Samiti’. It is being said that through this KCR  blew the election bugle for 2023.

Why is KCR’s rally important?

This rally of Telangana CM is considered important for many reasons. First, it  showed of strength for KCR, who is eyeing national politics. Second, this was the first major rally after TRS’s conversion to BRS. Third, through this KCR  presented a picture of opposition unity in the country. Because many leaders including Delhi CM Arvind Kejriwal, Punjab CM Bhagwant Mann, Kerala CM Pinarayi Vijayan, Samajwadi Party chief Akhilesh Yadav  participated in the political programme.

Discussions in the political corridors had intensified after Khammam was selected by KCR. It is being said that the reason for this could be the border of the district with Andhra Pradesh. Many people of the state live in Khammam. Possibilities are being expressed that CM KCR wants to expand to the people of Telangana and Andhra Pradesh in one go.

Khammam is the stronghold of the Left

Khammam in Telangana is considered a stronghold of the Congress and the Left. The special thing is that in the recently concluded Munugode by-election, the Left supported KCR’s party. Bypolls were held on the seat vacated by the resignation of the Congress MLA, where TRS won. Whereas, the Congress had slipped to the third position. Possibilities are being expressed that about 2 lakh people can participate in this big program of Bharat Rashtra Samiti.

Preparation for expansion in the states

According to the agency, KCR will soon expand the BRS to at least eight states. Mainly, he will expand his organization in Karnataka, Andhra Pradesh, Maharashtra, Chhattisgarh, Odisha, Haryana, Uttar Pradesh, Bihar, Himachal and Uttarakhand. In this rally, KCR revealed his ‘National Gameplan’. The rally was a joint show of strength by like-minded political parties pursuing a national agenda. 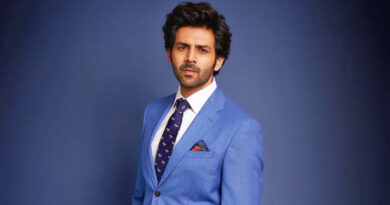 Kartik Aaryan bags ‘Superstar Of The Year’ for a 2022 with his career’s biggest blockbuster and also best performance! 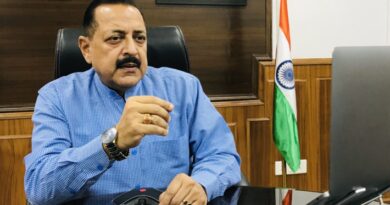 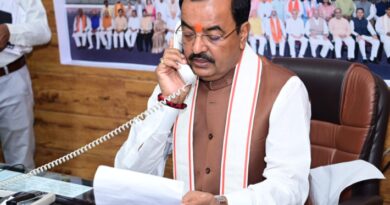