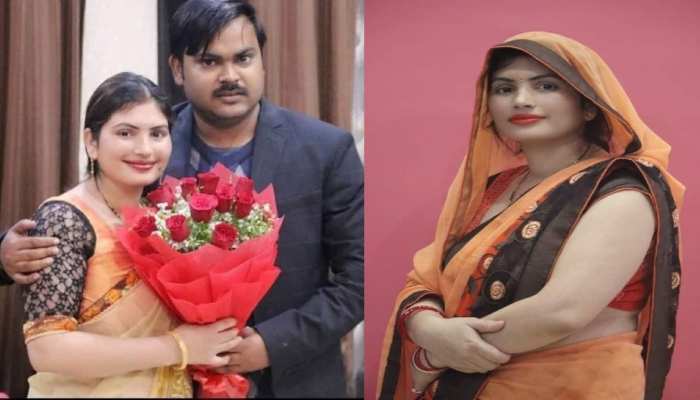 Lucknow: Samajwadi Party released the list of candidates for MLC elections in Uttar Pradesh. The party has given ticket to Shilpa Prajapati, daughter-in-law of jailed former cabinet minister Gayatri Prajapati, for the post of Legislative Council member from Amethi-Sultanpur. She will file nomination today. Earlier in the assembly elections, Maharaji Devi, wife of Gayatri Prajapati, was elected MLA from Amethi on a SP ticket. Gayatri Prajapati is serving a life sentence in the rape case.

Who is Shilpa Prajapati– Shilpa Prajapati, a Sociology graduate, is the wife of Anil Prajapati, the elder son of Gayatri Prajapati. Both got married in February 2015. In the 2022 assembly elections, he took over the responsibility of campaigning for the SP candidate and his mother-in-law Maharaji Devi from Amethi seat. She played a big role in uniting women. Thanks to this Anil’s mother Maharaji Devi defeated BJP candidate Dr. Sanjay Singh by more than 18 thousand votes. In such a situation, the party has made Gayatri Prajapati’s daughter-in-law Shilpa as MLC candidate from Amethi-Sultanpur seat.

Why is Gayatri Prajapati in jail– A woman from Chitrakoot had lodged a complaint of gang rape and molestation of a minor daughter on Gayatri Prajapati. In the case, on the orders of the Supreme Court, in February 2017, a case was filed against the accused of Gayatri and others in a Lucknow police station under various sections including gang rape and POCSO Act. This was followed by his arrest in March 2017. There are also allegations of mining scam and disproportionate assets against him.

Vocational training for entrepreneurship skills is the need of the hour

On Independence Day, a unique Military Fest that is one of a kind