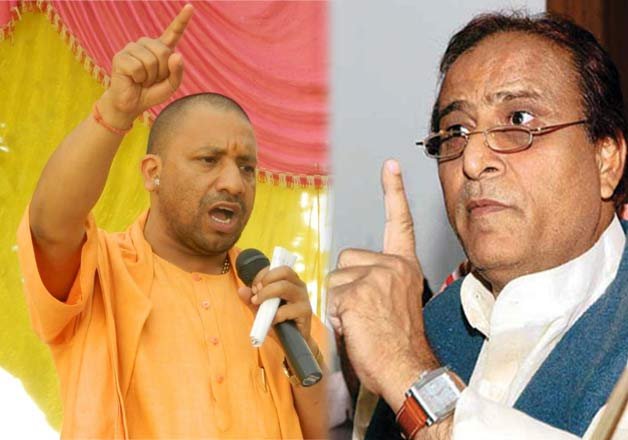 Rampur/ Lucknow: Chief Minister Yogi Adityanath  broadsided the Samajwadi Party in the bastion of its Rampur MP Azam Khan, saying that the BJP’s double engine government worked to liberate the poor from the land mafia.

The CM was addressing public meetings in Bilaspur and Milak areas ahead of by-polls in support of BJP candidate Ghanshyam Singh Lodhi. “Earlier, land mafias used to encroach land of the poor and often suppressed them. After coming to power, our govt gave the land back to the poor and took action against such mafias along with giving them the required punishment.”

The CM went on to say that the district has its own heritage, but some people lived in an attempt to destroy the heritage of Rampur. “If anyone will try to destroy its identity, then the public also knows well how to teach them a lesson. Today, no one can dare encroach on the land of the poor, women are safe.

The CM further said that after coming to power, our government took back about 640 hectares of land in Rampur from the land mafia and give the land back to the poor. Such people are getting punished for their misdeeds.

Highlighting the works done by his government during the pandemic, the CM maintained that the double engine under the able leadership of the Prime Minister, provided free ration, free treatment, and free vaccines to the people.

We don’t create problems. Rather, we solve them. This is the reason India is being respected at the global level, he remarked.

In a veiled attack on Azam Khan, the CM said: ‘Inki rassi jal gayi par ainthan nahi gayi’ (They lost all their powers but still their attitude didn’t come down.). We gave the free vaccines to everyone without any discrimination. In fact, those who were in jail were also given free treatment, but they did not even acknowledge it.”

He also made an announcement that the Bilaspur Sugar mill will be modernized soon as the government has already given the approval.

Making reference to the Rampur ODOP, the CM said, “the artisans here have given the patchwork, applique work a global recognition”

Speaking at the Milakh assembly constituency, he appreciated the villagers for ‘Amrit Sarovar’ prepared with the help of the public and governance in the Gram Panchayat Patwai. The CM said that the dirty pond which was here earlier was a symbol of the thinking of Samajwadi Party, today’s Amrit Sarovar reflects the thinking of BJP.

Hey Stargazer!: Your next week predictions a click away