Lucknow: State Energy Minister AK Sharma said that the State Government is determined to provide adequate and uninterrupted power supply to all the electricity consumers. For this, all the consumers should pay their bills on time. Due to non-payment of bills regularly, the outstanding amount of the consumers increases, due to which they are unable to pay. In order to give relief to such consumers, the Energy Department has decided to delay the distribution of all electric load of domestic (LMV-1) and private tube wells (LMV-5) and commercial (MMV-2) categories of consumers of 05 kW electric load in urban and rural areas.

One-time settlement scheme (OTS) with 100% waiver of surcharge (interest)/surcharge was implemented on June 01, 2022. This scheme will be applicable till June 30, 2022. Under the scheme, consumers now have 16 days to take advantage of the discount on their dues.
The Energy Minister said that till June 13, 2022, 7.50 lakh consumers have taken advantage of the OTS scheme and paid their entire dues in a lump sum. Along with this, more than 1.02 lakh consumers have joined this scheme and taken advantage of it and deposited their first installment.

In this way, 5.52 lakh consumers have deposited Rs 512 crore by taking advantage of this scheme till yesterday, due to the one-time solution scheme, due to which they have got relief of Rs 130 crore from their interest rebate. He said that there are about 2.75 crore defaulting consumers, who can pay their outstanding bills by taking advantage of this scheme. Due to this, the department will also get the revenue of Rs 35,000 crore.

AK Sharma said that this scheme was implemented in the state on June 01, 2022, which will be applicable for consumers till June 30, 2022. Under this, facility has been provided to the defaulting consumers to deposit their dues in monthly installments along with the bills of the coming months. Under this, consumers with arrears amounting to more than one lakh rupees will get the facility to deposit the amount in maximum 12 installments while for those who have outstanding amount up to 01 lakh rupees, in six installments. He said that the disconnected connection of the consumers would also be reconnected as soon as the first installment was paid by joining this scheme.
The Energy Minister said that to take advantage of the scheme, consumers will have to contact the concerned Executive Engineer / SDO Office / CSC Centers and Vidyut Sakhi. Apart from this, benefits can also be availed by visiting the website of Power Corporation itself, through online medium.

Detailed information about the scheme can also be obtained from Power Corporation’s toll free number 1912. The Energy Minister has also cordially appealed to other defaulting consumers to take advantage of this attractive scheme by joining them and by taking advantage of the scheme, they can pay their dues on time. He has also directed that this scheme should be given wide publicity through social media and local newspapers for the information of the consumers. Along with this, he has also asked the officials that if there is any complaint of the consumers related to the bill in relation to this scheme, then it should be resolved before including it in the one-time settlement scheme.

Meeting a living flagbearer to the Bose legacy 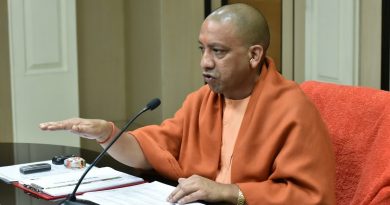