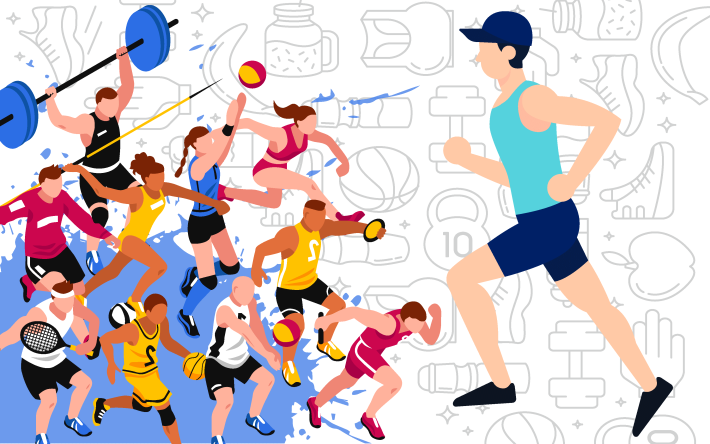 Mumbai: When we see or hear people all across the world praising and talking about India, we feel very proud. Whether it is cuisines, arts, culture, or sports- India has always proved itself to be the best. Especially in sports, India is making its recognition. Indians are performing on international platforms and are trying their level best to get fame and pride for the country. In this regard, it is reported that over 30% of India’s medals in Olympic history have been bagged by the sportspersons of Haryana, making it the sport’s epicenter of the country. Gold, silver, or bronze, the stakes here are a bit stronger than in other states.

Haryana is well known for its contribution to the sports sector in India. Dozens of athletes have represented India at various international competitions like Olympics, Asian Games, Commonwealth, etc., One of the reasons for Haryana being the epicenter of Indian sports is because of its government. The state leaves no stone unturned to provide the best facilities and opportunities to aspiring athletes and players. For instance, 31 of the Indian athletes who participated in the Olympic Games last year were from Haryana. At the same time, Punjab was at number two, with 19 players representing India. The only gold that India won in Tokyo Olympics was won by an athlete from Haryana. Moreover, out of the seven medals that India bagged in the Tokyo Olympics last year, four of them were from Haryana stalwarts.

The sports policies of the state have helped the players and athletes master the toughest games. The government here starts grooming the children right from their schools teaching them all about sportsmanship and integrity. They are provided with various facilities and platforms to excel in their respective sports. Recently, on the occasion of the logo launch of the 4th Khelo India Youth Games in Panchkula, Haryana, Union Minister Anurag Thakur said that 140 crore INR is being spent to promote young athletes. In comparison, when we look at the shortage of athletes from other states, we find that most of the Indian states are still far behind in recognizing these talents. Mostly it is because of the absence of sports culture in the schools.

Often, children are forced to migrate to Haryana due to the lack of sports facilities in their state. This in itself is a very debatable issue. Why are they not given proper opportunities to cultivate their talents? Why not recognize these budding talents right from the starting? It is the responsibility of the schools and the whole education system to introduce sports to the children and develop their interests. The formation of various sports institutions by the government will contribute directly to this, along with the schools to give a new direction to the future athletes and players.

Herein, parents also hold the responsibility to some extent. They need to understand their children’s affinity and talent for sports and games. They should try to provide facilities that are available to enhance their child’s interest in the sport. Along the line, they should also encourage children to participate in school or open competitions at an early age.

Suffice to say, India has potential in sports. It just needs awakening. Programs and scholarships should be introduced at the school level to scout for talents at the grass-root level. Therefore, let’s come forward to make a way for our rising stars of the nation.

Priyanka Gandhi Vadra to canvas in Mathura on February 8

Rains likely to lash 15 U.P districts in next few days