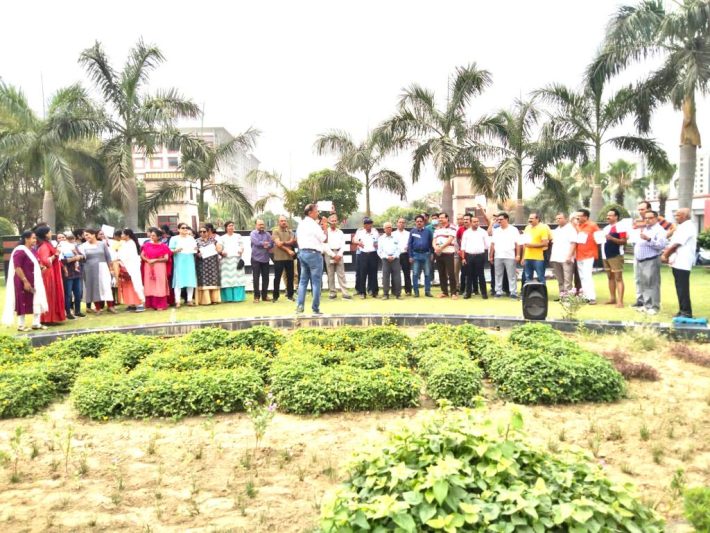 Lucknow: Under the aegis of Residents Welfare Association of Sunrise 1st Apartment in Viraj Khand, a demonstration happened at Main Gate of BBD Green City on various demands.

Among the major demands of the residents were the issue of non-availability of car parking facility, providing Jio or Airtel facility in place of low-end brand service, problems with poor maintenance, Lack of basic facilities in swimming pool and club house. A considerable number of residents took part in it.

Leading the demonstration were Vikas Saxena and Lalit Guru on behalf of the management of Viraj Khand.

As per information coming in, the demands will be placed in front of the owner of the residential area Viraj Sagar Das and his mother Riya Alka Das.

They will also inform the RWA Secretary of Sunrise 1st Apartment within a week in consultation with Amit Srivastava.

It has been assured that they will rectify the problems in a timely manner. The residents called off the strike after the assurance.

Those raising their voice have also thanked the Lucknow Police Administration  for its cooperation.

CM Yogi calls for schools to prepare for a reopening, as normal days return slowly

I had never been interested in doing a superhero movie, but for some reason, Batman always stood out as a very special, separate entity : Robert Pattinson

Orientation of Swachhagrahis held to orient them with COVID – 19