New Delhi: Former Deputy Chief Minister of Bihar and BJP leader Sushil Kumar Modi has attacked the thoughts on Mumbai 26/11 terror attack case written in the book of former Union Minister Manish Tewari. Sushil Modi has said that when Manish Tewari has admitted in his book that after the 26/11 terror attack on Mumbai, the then Congress government’s non-action against Pakistan was playing with the security of the country, then the Congress chief on this Sonia Gandhi should break her silence.

Along with this, he has also targeted other opposition parties and said that all the leaders should also tell why they do electoral coordination with the party that betrays the country? Is the electoral victory bigger for the opposition than the country?

Sushil Modi wrote in a post made on the social media platform Koo, when former Union Minister Manish Tewari has admitted in his book that the then Congress government should not take any action against Pakistan after the 26/11 terror attack on Mumbai. If the security of the country was playing with, then Sonia Gandhi should break the silence on this issue.

At the same time, he wrote on the Koo App, counting the achievements of the Modi government, that even after the terrorist attack on Mumbai in 2008 and the lives of 170 countrymen, the Congress had tied the hands of the mighty Indian Army, but eight years later when the terrorist attack happened in Pulwama. And 44 soldiers were martyred, then Prime Minister Narendra Modi gave complete freedom to the Army-Air Force and such a surgical strike was done by entering the neighboring border that Pakistan came to its knees.

Yogi government streamlines promotions in Madrasas in yet another COVID year 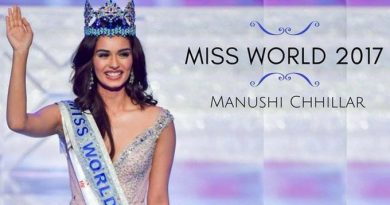 Dinesh Karthik on Wriddhiman Saha: He is the best wicketkeeper in the World