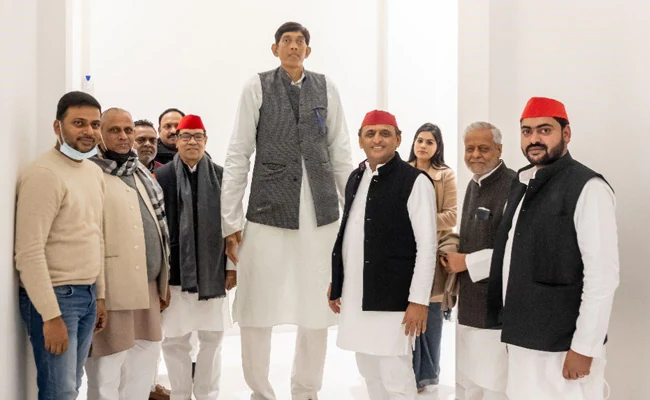 Lucknow: The ‘stature’ of the Samajwadi Party in Uttar Pradesh has now become so high that hardly any party can match it. Actually, this is being said because Dharmendra Pratap Singh, a resident of Pratapgarh, joined the Samajwadi Party on Saturday. Dharmendra claims himself to be the tallest person in India.  Dharmendra’s height is 8 feet 1 inch, which is just 11 centimeters less than the world record.

Dharmendra Pratap Singh tells about his height that he has to face many problems because of his height. Whenever he goes out of the house, he walks very carefully. He said that whenever he goes out, people click pictures with him, so he gets a celebrity like feeling. Dharmendra says that he is very popular in his area.

“I have so many memories attached to my first movie”: Bobby Deol reminisces moments from the sets of Barsaat