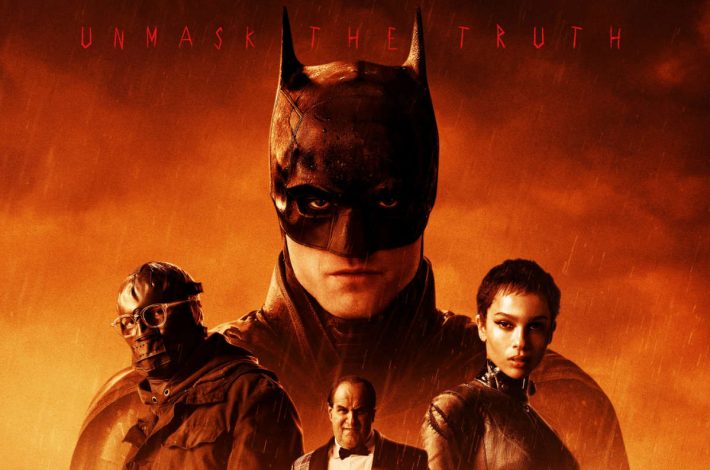 Mumbai: Hollywood movies have cast a spell on people. The recently released ‘Spiderman: No Way Home’ is a living example of this. This film got tremendous love from the people. Also, this film broke all the old records of earning. It was a superhero film that changed the way people liked films and now another superhero film is coming ‘ The Batman ‘ . This will be a new part of this series, even before which posters have come out and now another new poster has come out which looks very strong.

A new poster of ‘The Batman’ has been released and it gives a clear look at Riddler, Penguin and Catwoman. In this highly anticipated version of the superhero film, Robert Pattinson plays the Caped Crusader of Gotham and Joe Kravitz plays Selina Kyle/Catwoman. Set outside DC Extended Universe Continuity, the poster also revealed that the film will release on March 4.

Expectations are high for this version of the classic superhero film. According to the new poster, apart from ‘Batman’, the film has 3 title roles, the first being Paul Dano’s Riddler, who is expected to be the film’s primary antagonist. Colin Farrell’s mob boss Penguin is also expected to play a major role in the feature, and Joe Kravitz’s Selina Kyle/Catwoman who might not be a villain and of more romantic interest. This film will be released on March 4

Apart from the obvious, the new poster takes a look at Pattinson’s 2 identities in the film, that of the villain, Riddler in his classic dress with a look inspired by the real-life Zodiac Killer. Catwoman also lives up to her signature style with her trademark whip, and Penguin appears as the crime kingpin of Gotham.

As of October 2021, Warner Bros. released the first trailer for “The Batman”, now promising a darker superhero with Pattinson in the lead, the trailer featured Pattinson in the role. I don cape and cowl for the first time, give a scintillating performance. The teaser debuted as part of the DC Fandome event.