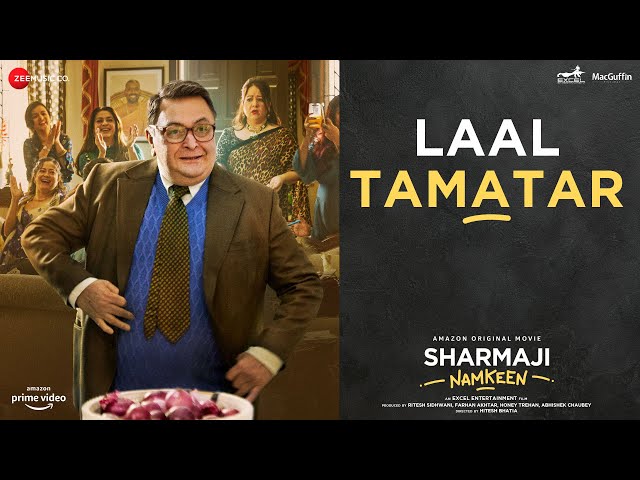 Mumbai: The latest track ‘Laal Tamatar’ from Amazon Original Movie Sharmaji Namkeen is out now. The quirky and high-beat song showcases the passion B.G Sharma, aka the legendary Rishi Kapoor and phenomenal actor Paresh Rawal, have for cooking. The track takes us through Sharmaji’s namkeen personality as he enjoys life to the fullest after discovering a fondness for preparing food after his retirement. It shows Sharmaji making a host of delicious meals at parties, much to the delight of the guests as he tries to figure out his life during his 60’s. Composed and produced by Sneha Khanwalkar, the song is sung by her and Kanika Kapoor and has witty lyrics penned by Gopal Dutt.

‘Sharmaji Namkeen’ stars an ensemble of actors, including the Late Rishi Kapoor and Paresh Rawal, alongside Juhi Chawla, Suhail Nayyar, Taaruk Raina, Satish Kaushik, Sheeba Chaddha, and Isha Talwar.
Directed by Hitesh Bhatia and produced by Excel Entertainment in association with Honey Trehan and Abhishek Chaubey of MacGuffin Pictures, Sharmaji Namkeen will premiere on Prime Video across 240 countries and territories worldwide on March 31.