New Delhi:  Maruti Suzuki is going to launch the new generation Brezza 2022 next month. The prices of the new model are reported to be announced by the end of June 2022. Ahead of its official arrival, the company has started shipping the new 2022 Maruti Brezza to its Arena dealerships across the country.

Select Maruti Suzuki Arena dealers in the country have started accepting pre-bookings for the new generation Brezza subcompact SUV at a starting price of Rs 5,000. If you also want to buy this new Brezza car then you can visit your nearest showroom.

Will you get factory fitted CNG kit?

Talking about transmission options, it will include a 5-speed manual and a new 6-speed torque converter automatic gearbox. If reports are to be believed, the new Brezza may be offered with a factory fitted CNG kit later. This will be Maruti’s second major launch this year after Baleno. This upcoming vehicle will give tough competition to Tata Nexon and Hyundai Creta.

Talking about the design of the new Brezza, there will be a slight change in it compared to the current model. It gets a chunky glossy black grille with chrome inserts, integrated twin pod LED headlamps with DRLs, faux silver skid plates and dual-tone bumpers with LED fog lamps. As per the viral image, it has been seen in dual-tone red and black shade, which is already available with the outgoing model.

Major changes can be seen in its underpinnings, engine, exterior and interior. This means that the new Maruti Brezza 2022 will be quite different from the current vehicle. The subcompact SUV will be powered by an updated 1.5L K15C petrol engine with two injectors per cylinder, which will give more mileage to the updated vehicle. 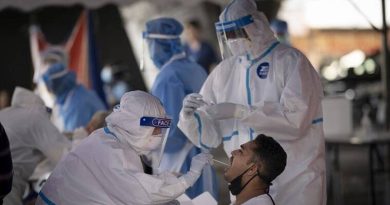 Official Digital Collectibles of 83 to be released on Dec 23rd