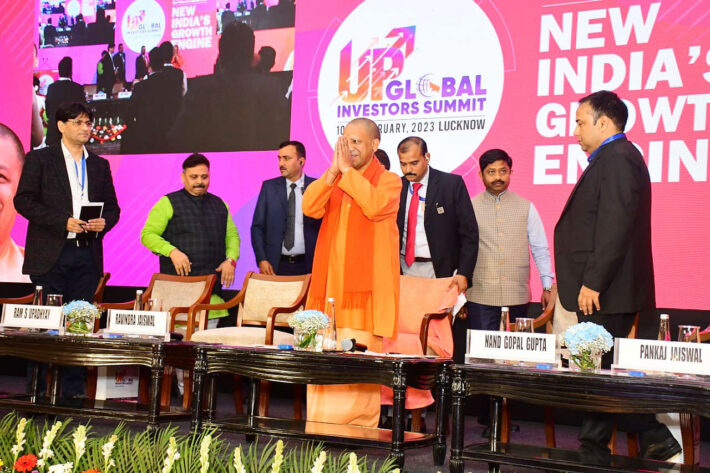 Mumbai: Chief Minister Yogi Adityanath has called upon the country’s industry to contribute towards realizing Prime Minister Narendra Modi’s ‘$5 trillion economy’ goal for India by investing in Uttar Pradesh, through which the path to the prosperous self-reliant India passes. He said that the state with the largest population in the country, is working diligently to fulfill this resolution as it has potential, vision and immense possibilities. “We are providing every necessary assistance and resource to the investors in our state and they must take advantage of this”, he added.

Addressing the country’s leading industrialists, representatives of financial, banking and industrial institutions, businessmen and investors in Mumbai, known as the financial capital of the country, on Thursday, the Chief Minister invited them all to the Uttar Pradesh Global Investors Summit to be held in Lucknow from February 10-12.

Referring to the success of the UP roadshow held abroad in connection with GIS 23, the Chief Minister said that this was the first time after independence when the UP team had visited 21 cities in 16 countries to invite investors and it received tremendous response. “We received investment proposals worth more than Rs seven lakh crores during the roadshows.

Regarding the ongoing roadshow in Mumbai for a dialogue with the domestic investors, the Chief Minister said, “Mumbai is the economic capital of the country, so I myself have come here to invite my near and dear ones. The huge presence of investors in the roadshow is encouraging for ‘Team UP’.

In the program which lasted for more than one and a half hours, the Chief Minister explained in detail about the possibilities inherent in the commercial, cultural, spiritual and social values, traditions, diversities of Uttar Pradesh from the point of view of investment. CM Yogi also highlighted the safe environment in the state along with India’s rise to become the fifth largest economy of the world  and presiding over the G-20, a group of 20 powerful countries of the world.

Giving credit to Prime Minister Modi’s guidance for positive change and creation of investment-friendly environment in the state, the Chief Minister said that before 2017 there used to be riots every day in the state. “Today six years have passed but there has not been a single riot anywhere. Everyone would be familiar with the firing incident in Bhatta-Parsaul for land acquisition, but today we have acquired the same land for the fourth phase of construction of Asia’s biggest airport with farmers themselves visiting  the Chief Minister’s residence to hand over the registry papers. Inviting investors to come to UP, the Chief Minister said that there is no dearth of ‘land’, the first requirement for industries here.

The Chief Minister said that in this heartland state of India there is no sector, be it agriculture, food processing or dairy, start up, infrastructure development, defence production etc., where there is no scope for growth.  Sharing the ongoing efforts for the development of UP, the Chief Minister mentioned  opening of expressways, airports and metros and he country’s first waterway, registration of 96 lakh registered MSME units, as well as signing of investment agreements worth Rs 4.68 lakh crore of which projects worth Rs 4 lakh crore came on the ground in five years.

Inviting the UP GIS industry, the Chief Minister said, “We have ensured that there is zero human intervention from the government level in the process of industrial projects through Nivesh Mitra and NiveshSarathi portals. After signing the MoU, the Chief Minister’s Office directly monitors the progress of the project.”

My experience reveals UP does what it says: Niranjan Hiranandani&

Darshan Hiranandani, CEO of Hiranandani Group, in the conference, praised the policies, environment and working style of the new Uttar Pradesh led by Yogi Adityanath.

Sharing his personal experience with his industry colleagues, he said: “We have recently set up a world-class data center park in Greater Noida. The idea of this project came in August 2020 during the Covid period and our conversation started with the Government of Uttar Pradesh. In the midst of Covid, we applied for the project in September, we were allotted land in October and in December, Chief Minister Yogi laid the foundation stone of the project. The necessary clearance for the project was received in January 2021 and the construction of the data center began in March 2021 while on October 31, it was also inaugurated.”

According to him, this was the first time in the history of Hiranandani Group, when such a huge project was completed in just 24 months with completely virtual process. Amid thunderous applause in the auditorium, billionaire businessman Niranjan said that he had asked his father about law and order issue, but “the assurance came from Yogiji that in UP either the goons are in jail or out of the state.” “By the end of this year, we would have invested Rs 6500 crores in this data center park and till date there has been no problem from anywhere”, he remarked.

Citing Chief Minister Yogi’s vision as an example for sustainable and inclusive development, CII President and Bajaj Finserv Limited Chairman Sanjeev Bajaj said: “If today we are industry partners of the Uttar Pradesh Government for UP Global Investors Summit, it’s because we want it to happen. We are so impressed with the thinking, vision and methodology of Chief Minister Yogi that we ourselves proposed to be a part of the summit.” 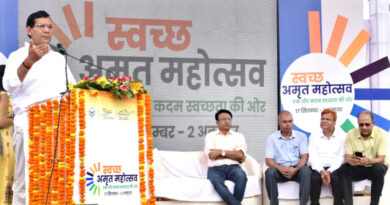 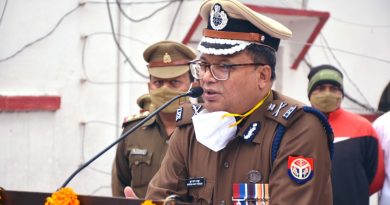