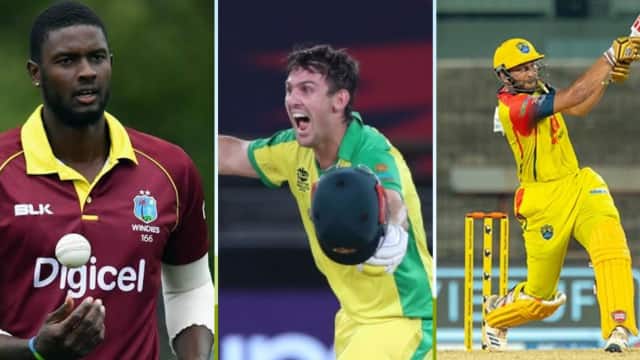 Bengaluru: Now only one day is left for the start of IPL 2022 Mega Auction. In the auction to be held in Bengaluru on February 12 and 13, all the 10 teams of the league will be eyeing to add big players with them. Along with this, the eyes of the franchisees will also be on the all-rounder players. There is a lot of demand for all-rounders in T20 cricket. Along with bowling well, these players are also adept at scoring fast runs. This time many all-rounders are ready to be sold in the IPL 2022 auction. However, there are some all-rounders on whom the franchise will not hold back from making big bets. 3 great all-rounders, who are going to be watched by all the teams during the auction are –

West Indies all-rounder Jason Holder is currently playing the limited overs series in India. He recently took 4 wickets in 4 balls in T20 International cricket at his home. Holder can also bat fast in the middle order or lower order along with fast bowling. He has taken 35 wickets in 26 matches of IPL at an average of 22.46 and also scored 189 runs at a strike rate of 121.15. Holder was included in the Sunrisers Hyderabad team last season.

Australian all-rounder Mitchell Marsh was the man of the match for his all-round performance in the T20 World Cup. He played an unbeaten innings of 77 runs in batting. He was part of the Sunrisers Hyderabad team in IPL 2020, but was ruled out of the tournament due to injury. At the same time, he did not play in 2021. Mitchell Marsh has taken 20 wickets in 21 matches in IPL at an average of 21 and also scored 225 runs in 15 innings at a strike rate of 114.21. Marsh has the ability to contribute with the bat as well as with the ball and that is why he can be in high demand in the auction.

Among Indians, Tamil Nadu all-rounder Shah Rukh Khan is known for his explosive batting. Apart from batting, he also bowls spin. He has proved himself as a finisher in the domestic tournaments in recent times by playing many of his sharp knocks. In such a situation, there can be a struggle between many teams for Shahrukh, who specializes in hitting big sixes. Shahrukh season he was a part of Punjab Kings team and the franchise has not retained him this time. Apart from this, Washington Sundar, Shakib Al Hasan and Dwayne Bravo are also included in this list.

BJP betting big on the OBC factor for Mandate 2022