Lucknow: Additional Chief Secretary Energy and Additional Energy Sources  Mahesh Kumar Gupta has directed that electricity should be provided to the electricity consumers of the state as per the instructions of  Chief Minister and Energy Minister, wherever complaints related to uninterrupted supply come, it should be addressed at the earliest. be resolved.

Any work should be done in a transparent, smooth and timely manner, so that the power system of the state can be further strengthened. He said that for this, monitoring of works at all levels and monitoring of equipment should also be done from time to time.

Additional Chief Secretary Energy was reviewing the power arrangement with the officials of Power Corporation at Shakti Bhawan. He said that for better and uninterrupted power supply to the consumers, the system should be strengthened further and the working system should be made more simple.

At the same time, the accountability of the personnel from the bottom to the top level should also be ensured, so that there should be transparency in the works and can also be done in a smooth and timely manner. He also directed to reduce line losses and increase revenue collection. He added that the target of revenue collection should be fixed on the actual bill and not on random.

To ensure uninterrupted supply to the consumers, faults of transformers and cables should be rectified in time and the system should be monitored at all levels and also inspected on the spot. Along with this, adequate availability of electrical equipment should also be ensured.

The Additional Chief Secretary said that so that the generation capacity of the power units set up in the state should not be affected, it should also be implemented by making maintenance category of Anpara, Harduaganj and other power houses. Along with this, the schedule of maintenance of these units should also be made. He directed that the views and suggestions of officers, employees, experts and general public should also be sought for how to make a strong power system at low cost.

The meeting was attended by  M. Devraj, Chairman of Power Corporation,  P. Guru Prasad, Managing Director, Generation and Transmission, along with the Managing Directors of all the Discoms. 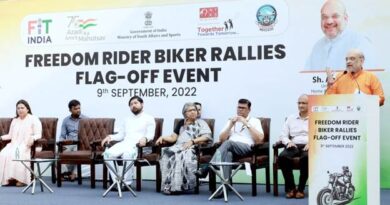