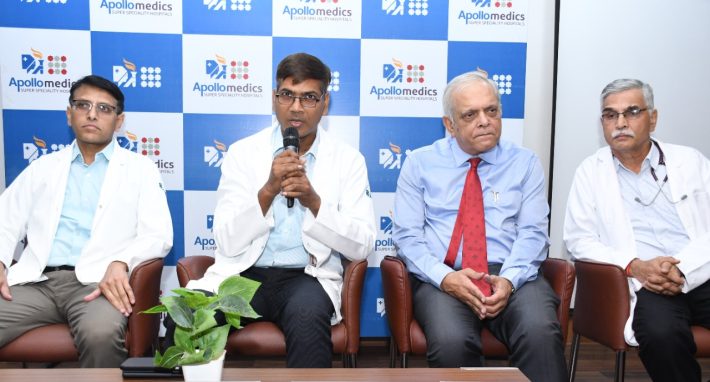 Lucknow: On the occasion of World Parkinson’s Day, Apollomedics Super Speciality Hospital launched a special clinic for patients with Parkinson’s disease. The hospital is the first in the state to start a clinic for patients with Parkinson’s Disease where they will be provided with Deep Brain Stimulation. In addition to this, a health talk was also organized wherein people were informed about the symptoms and treatment of Parkinson’s disease.
MD & CEO of Apollomedics Super Speciality Hospital Lucknow, Dr. Mayank Somani said “Patients of Parkinson’s are treated in clinically in initial stages & requires surgical intervention followed by rehabilitation & physiotherapy with advancement of disease. Apollomedics Lucknow will now be providing all kind of treatment for Parkinson’s under one roof.”

Deep brain stimulation (DBS) is a surgery to implant a device that sends electrical signals to brain areas responsible for body movement. It is one of the most advanced surgical procedures which helps Parkinson’s patients to lead a better life. This is a very complex surgery which requires not only skilled surgeons but excellent Radiological and anaesthetic support backed by ultramodern Critical Care facilities. We are proud to announce that Apollomedics Hospitals will be the first Pvt Hospital in the region & will be among very few hospitals in India which provides DBS Surgeries.

Prof. UK Mishra, HOD Neurosciences said, “Parkinson’s disease is a brain disorder that leads to shaking, stiffness, and difficulty with walking, balance, and coordination. Although, Parkinsons can occur at any age, it is more common in people over the age of 60. ”

Senior Consultant, Apollomedics Hospital, Dr Gopal Poduval said “Parkinsons is a disorder of the central nervous system that affects movement, often including tremors. Around 10 million people in the world are suffering from this disease and each year many cases are reported in India.

Along with this, a health talk was organized in the evening in the hospital premises in which Dr. Gopal and Dr. U.K. Mishra explained in detail about the medical management of Parkinson’s disease. Whereas Dr Sunil Kumar Singh talked about the surgical management of Parkinson’s disease. He said, “Parkinson’s is treated according to its severity. First, we try to control it with medicine which makes dopamine and hormones in the body. Antioxidants and vitamins are also given. If medicines do not work, surgery is done wherein the brain is stimulated to prepare dopamine.”

HOD Physiotherapy Dr Yogesh Mandhyan (PT) also gave info on various types of physiotherapy exercises to the patients of Parkinson’s. He said “Nowadays, dance therapy has also become very prevalent for treating Parkinson’s patients through which they can enjoy while doing therapy. 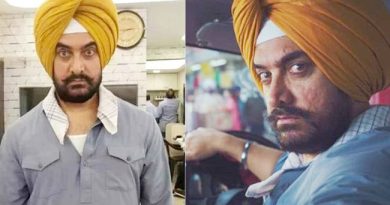 June 30 Horoscope: Your luck for the day