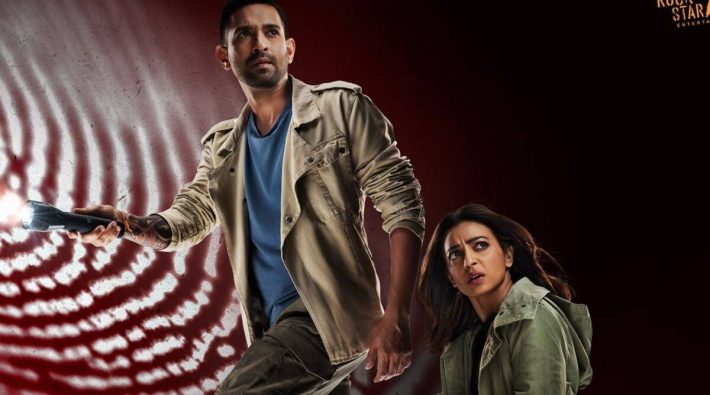 Mumbai:  After announcing that Forensic will release straight on ZEE5, the makers have now released the trailer of the psychological thriller which is sure to shock you. Starring Vikrant Massey as Johnny Khanna, a forensic officer and Radhika Apte as Megha Sharma, a police officer, Forensic is the Hindi remake of the Malayalam film of the same name. Directed by Vishal Furia and Produced by a Mini Films and Soham Rockstar Entertainment Pvt. Ltd, Forensic also stars Prachi Desai, Vindu Dara Singh and Rohit Roy in pivotal roles and will premiere on ZEE5 on 24th June.

As seen in the trailer, Forensic is an edge-of-the-seat thriller where young girls are murdered on their birthdays in shocking ways. As new evidence comes forward with the help of advanced forensic technologies, the suspect keeps changing and the mystery keeps rising. However, when the best possible duo – Johnny and Megha come together to crack open the case, they make good headways but at the cost of their personal and professional lives which turn upside down.

Vikrant Massey said, “Forensic experts are so underrated, and I am glad that for the first time in Bollywood, we have a movie with a forensic expert in the lead. Just like a good script is incomplete without a good director, I believe a crime case is incomplete without a good forensic expert and I hope that we are able to do justice to this profession via the movie. Forensic is an exciting, edge-of-the-seat crime thriller with shocking twists and turns and I looking forward to another successful OTT release with ZEE5”.

Radhika Apte said, “I am returning to the screens after more than a year and I am super thrilled about it. Even though Forensic is an adaptation of a south film, I can guarantee that the viewers are in for a surprising shock as this is not just another murder mystery. The plot is tight, the suspense is ‘killer’, and the shock is inevitable so I’m super pumped for this release and I can’t wait to see the audience reaction”.

‘Forensic’ will premiere on 24th June only on ZEE5

Cool Kang looks all Dhaakad in the first look

Spot the Difference on  V – Day