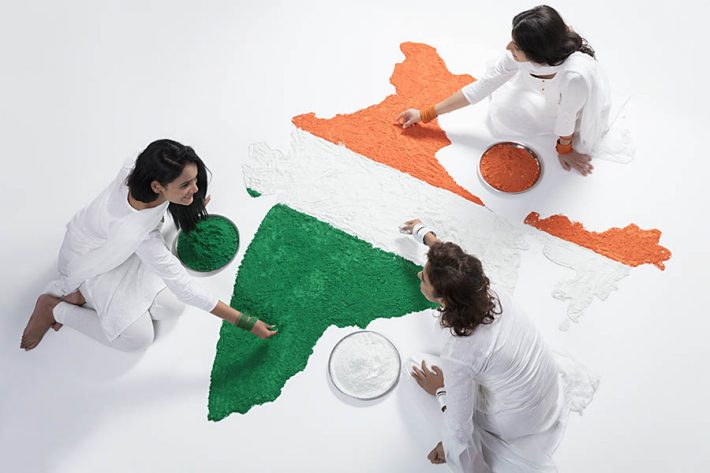 This Independence Day is more than a holiday

Lucknow: The celebration of 75 years of Independence on the coming 15 August is going to be extra-special. Rather than being just another holiday like in previous years, this year’s Independence Day will be a people’s celebration. Termed “Azadi Ka Amrit Mahotsav”the day will be celebrated across the country and specially celebrated in every district of Uttar Pradesh.

Schools, colleges, educational institutions and markets will not be closed on this day. Public and private offices will also be open. In this regard, relevant guidelines have been issued.Schools, colleges and offices have been asked to organise special programmes on this day rather than have routine hoisting of National Flag or small ceremony in schools-college-offices.

Under a campaign named ‘Har GharTiranga’ it is proposed to hoist 3.18 crore Tricolours atop buildings across Uttar Pradesh through public participationfor three days, from August 13 to 15. Of this, 2.68 crore are to be hoisted atop houses and 50 lakh in government, non-government offices and other commercial institutions in UP.All over India, this figure is likely to be more than 20 crore.

Apart from this, you can also ‘Pin a Flag’ virtually at https://harghartiranga.com, along with posting a ‘Selfie with Flag’ on the site.

Among other activities planned are: special cleaning campaign in every district of the state, various programs in all areas associated with freedom fighters, and launch new initiatives on this day.The whole idea, according to government officials, is to make this Independence Day a people’s celebration. People from all walks of life like social organisations, public representatives, NCC and NSO cadets, trade organisations will be linked with the celebration.

As part of the initiative, each district of UP would get 75 ‘Amrit Sarovars’ or ponds. The state government declared a local pond in Patwai village of Rampur district as the state’s first ‘Amrit Sarovar’, as per Prime Minister Narendra Modi’s initiative to encourage water conservation.

The themes to celebrate 75 years of independence have been suggested by the Ministry of Culture, Government of India. These are:

This theme anchors our commemoration initiatives under Azadi Ka Amrit Mahotsav. It helps bring alive stories of unsung heroes whose sacrifices have made freedom a reality for us and also revisits the milestones, freedom movements etc. in the historical journey to 15 August, 1947.

Celebrating ideas and ideals that have shaped India.

This theme focuses on programmes and events inspired by ideas and ideals that have shaped us and will guide us as we navigate through this period of Amrit Kaal (25 years between India@75 and India@100). The world as we know it is changing and a new world is unfolding. The strength of our convictions will determine the longevity of our ideas.

This theme focuses on our collective resolve and determination to shape the destiny of our motherland. The journey to 2047 requires each one of us to rise up and play our part as individuals, groups, civil society, institutions of governance etc.

Highlighting steps being taken to implement policies and actualise commitments.

This theme focuses on all the efforts that are being undertaken to help India take its rightful position in the new world order emerging in a post covid world by highlighting the steps being taken to implement policies and actualise commitments.

This theme focuses on marking the passage of time and all our milestones along the way. It is intended to grow into a public account of our collective achievements as a 75-year-old independent country with a legacy of 5000+ years of ancient history.

Ahead of Gupkar alliance meet with Modi, a 48 hour alert sounded in valley 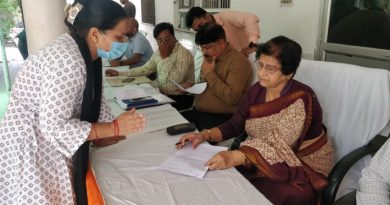 ‘Tilsim’ will captivate the mind with attractive costumes. Tilsim’s clothing is inspired by the embroidery of Kashmir and the design