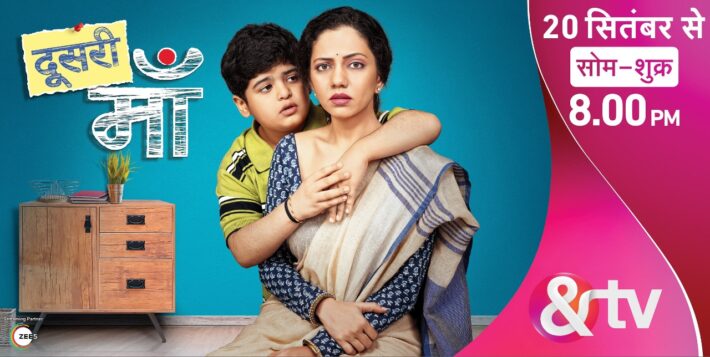 Mumbai: Produced by Zee Studios and co-produced by Imtiaz Punjabi, the show will bring back the famous on-screen mother-son duo, Neha Joshi, as Yashoda and Ayudh Bhanushali as Krishna, alongside other star casts. The show will premiere on September 20th, 2022, at 8:00 pm and will air every Monday to Friday on &TV.

A mother and child’s bond is believed to be eternal, selfless, and based on unconditional love. While there are no limits to a mother’s love and affection, it can become a complicated issue if the child in question is the illegitimate son of your husband. &TV is all set to present its latest family drama “Doosri Maa”. The show will be produced by Zee Studios and co-produced by Imtiaz Punjabi. The show will bring back the famous on-screen mother-son duo, Neha Joshi as Yashoda and Aayudh Bhanushali as Krishna, in the lead, amongst other casts. The show will premiere on September 20th, 2022, at 8:00 pm on &TV and will air every Monday to Friday.

Doosri Maa is the story of a woman living in Uttar Pradesh with her husband, two daughters and in-laws. Her happy, peaceful family life comes to a screeching halt when she and her husband unknowingly adopt his illegitimate child. The show captures the lead protagonist Yashoda’s journey of coming to terms with her husband’s past and her conflicted, rocky relationship with her stepson.

Talking about the show, Vishnu Shankar, Business Head &TV, says, “&TV is committed to telling human stories that connect deeply with our viewers, which is why we bring to you ‘Doosri Maa’. Mothers are the epitome of unconditional love and sacrifice and the bond between her and her child is unquestionable. But what happens when life throws a curveball? Our show ‘Doosri Maa’ is a heart-tugging story of Yashoda’s struggle between her self-respect and maternal instincts, as she tries hard to accept her husband’s illegitimate young son. It is an emotional story of family, love, betrayal, and duty. We hope our viewers enjoy this new family drama and the phenomenal chemistry between Neha Joshi and Aayudh Bhanushali.”

Anshul Khullar, Chief Business Officer, Zee Studios, comments, “Doosri Maa is our most recent fiction offering produced by Zee Studios and co-produced by Imtiaz Punjabi. It is a family drama centred around our protagonist Yashoda, as she deals with her husband’s past and her conflicted relationship with her stepson, Krishna. The storyline beautifully depicts the dilemma of Yashoda – torn between the anguish of a wronged wife and compassion for the plight of Krishna, her stepson, who has lost his mother and is struggling for acceptance. We hope the audience will relate to this heart-warming story premiering on September 20th at 8:00 pm on &TV.”

Imtiaz Punjabi, Co-producer and Director, adds, “Doosri Maa is a fascinating tale of a woman and a mother. The story, set in Uttar Pradesh, brings to life Yashoda and Krishna’s journey and the inherent drama will keep the audience engrossed in every scene. I am happy to be associated once again with &TV which has given viewers some of the most memorable shows. I previously loved working with Neha and Aayudh, and we are optimistic that we will create new magic with Doosri Maa.”

Talking about her character, Yashoda, in Doosri Maa, Neha Joshi says, “Yashoda is a devoted housewife and a social worker. She is a loving, practical, and pragmatic woman. She has two daughters and is proud of them. She is never disrespectful but does not hesitate to let others know she won’t allow anyone to insult her. She has her unique and witty way of making people realise their mistakes. During her work, she meets Mala, a single unmarried mother who is on her deathbed and promises to provide for her only child Krishna, with a safe and secure future.”

Aayudh Bhanushali, essaying Krishna’s character, says, “Krishna is Yashoda’s husband, Ashok, and Mala’s son. He has all the innocence of a child. He loves his mother, and she means the world to him. After losing his mother, Krishna feels deep anger and hatred towards his unknown father and the world at large, including Yashoda, whom he blames for making false promises of saving his mother and taking care of him when in fact, she sends him to an orphanage due to a court order.” Uttar Pradesh working its way towards self reliance in Pulse production 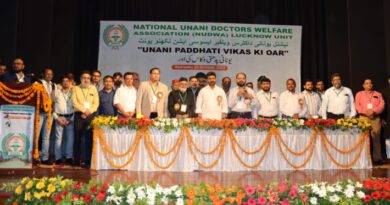 NUDWA organizes seminar on “Towards the development of Unani system”