During the inspection, the Chief Secretary said that on the occasion of Amrit Mahotsav, the 76th anniversary of India’s independence, people from all sections of the society are actively participating. He said that 15th August is about to come, even before that there is an atmosphere of patriotism everywhere. In Uttar Pradesh, more than 4 crore flags have been distributed to be hoisted in every household, school, universities, institutions, government offices. He said that on August 11, Honorable Chief Minister, the historic heritage Vidhan Bhavan has been made beautiful through facade lighting. A lighting show is being organized every evening in front of the Vidhan Bhavan.

The towns people must come to see this lighting show.

He said that the tricolor will be hoisted in 20 crore houses across the country. Every person will cherish the pride of his country, that is, the tricolor at his homes. He said that today we are creating our own destiny in a free country, it is the sacrifice of our heroic sacrificers, who had sacrificed their comforts and even their lives to make us free. On this occasion, we should remember those Baliyans. At the same time, continuous efforts should be made to take our country at the forefront. 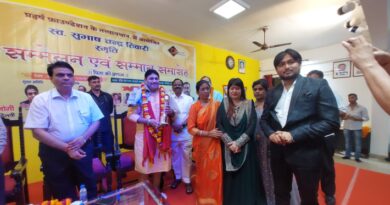 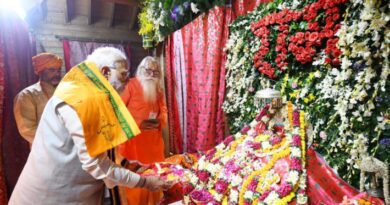 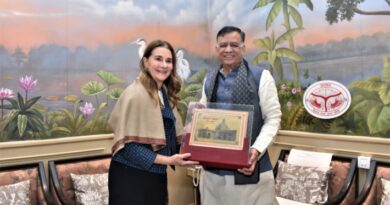 Melinda Gates gets a ringside view of the working of the U.P. Legislative Assembly